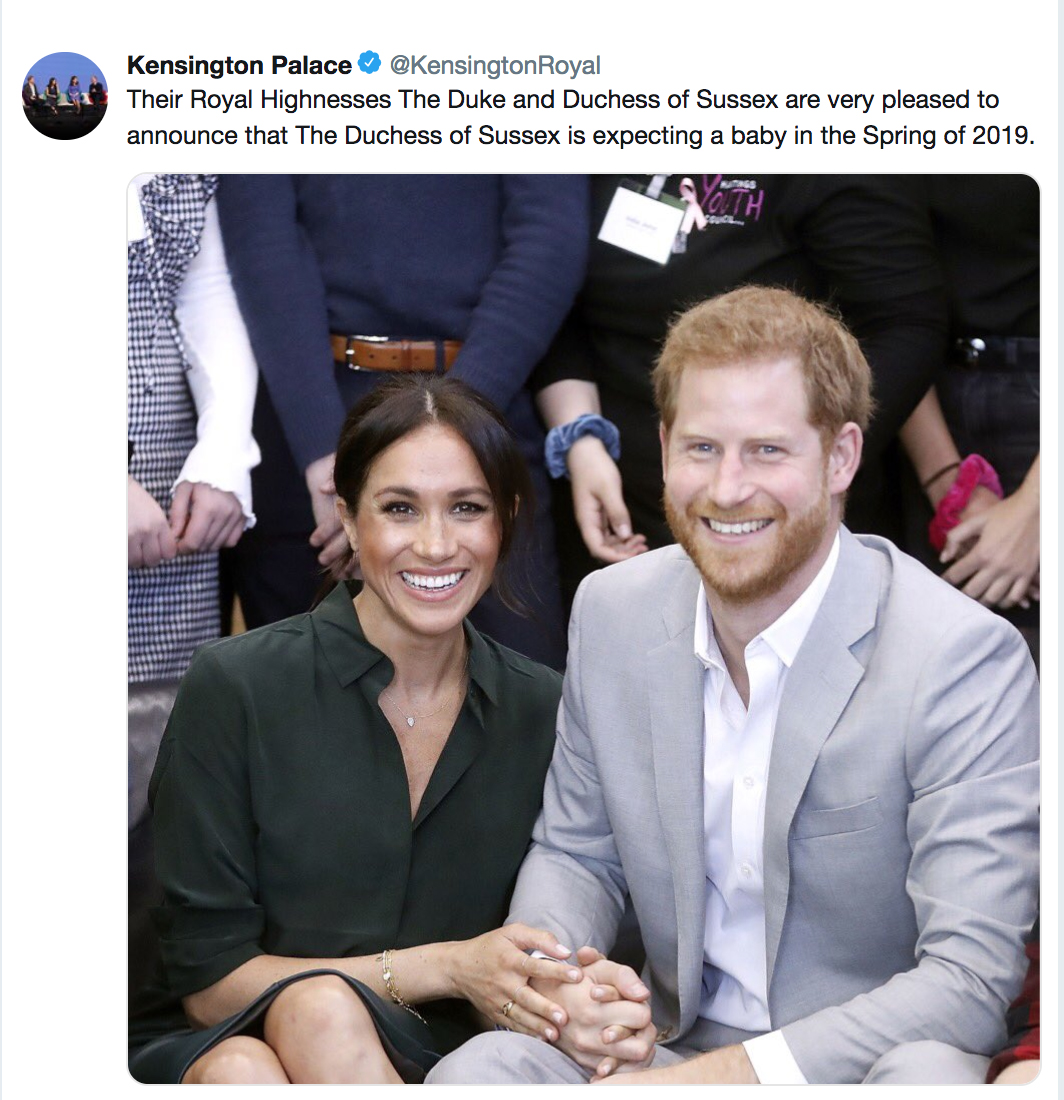 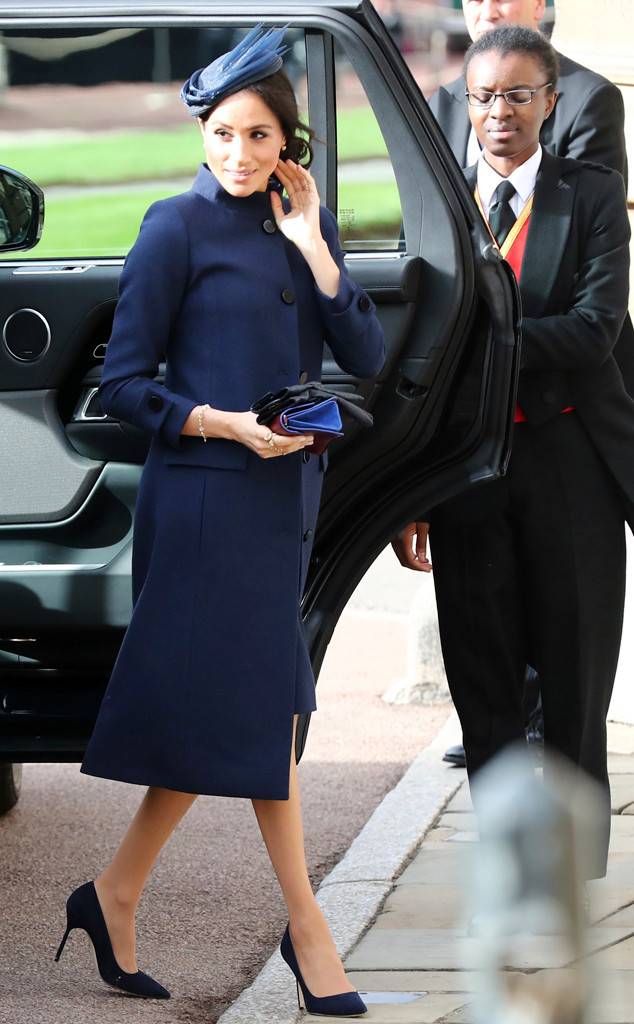 After weeks of speculation if the Duchess of Sussexx Meghan Markle was or wasn’t pregnant, heightened when she was spotted in a drapey Givenchy coat she wore at Princess Eugenie’s wedding last Friday, Kensington Royal Palace finally confirmed that Harry and Meghan will welcome their first child in the spring of next year!!!!! The press release making the announcement official was published Monday October 15 just as The Duke and Duchess of Sussex are about to start their first royal tour in Australia and ahead of the Invictus games.

Reports of her pregnancy rumours began back in September when she wore a baggy, for her style Jason Wu dress to a music gala with the Duke of Sussex, but it went into overdrive as Meghan arrived in Australia and was seen holding her stomach and then clutching unto her itinerary folders to cover her midriff with a folder. The announcement notes Meghan, who was married to Price Harry five months ago, is in ‘good health’ and they have had a successful 12 week scan which suggests a late April baby due date.

Their Royal Highnesses have appreciated all of the support they have received from people around the world since their wedding in May and are delighted to be able to share this happy news with the public. 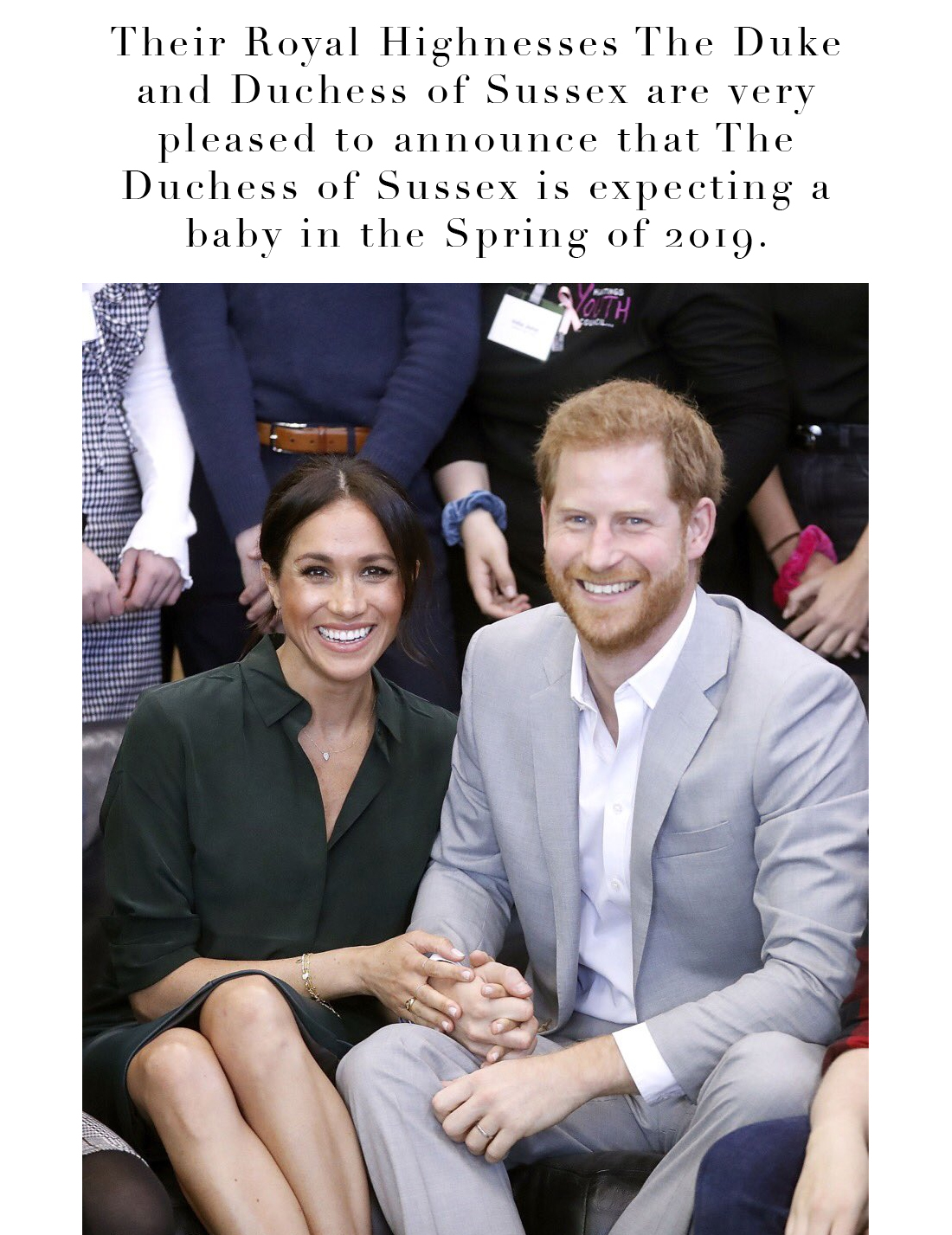 Did Meghan and Harry steal princess Eugenie’s wedding thunder? Though it seems Eugenie’s wedding was attended by VIPs with a raucous 2 days of festivities, royal family were told of the baby on board at Eugenie’s wedding. Is that like proposing to someone when you are attending someone else’s wedding? Either way, we wish the couple safe pregnancy journey.