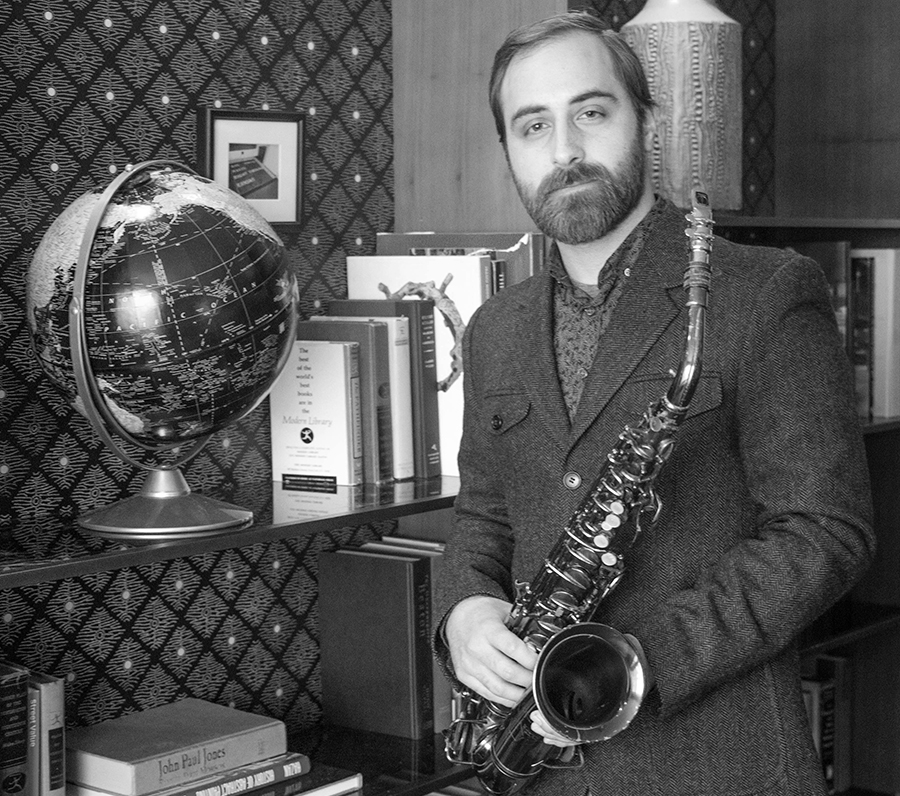 Hotness In The News Friday March 6

In an all new 23 Questions we sat down with Alto saxophonist Nick Mazzarella to talk music in Chicago, risks and what’s in store for 2015.

SLC: Who is Nick Mazzarella ?
NM: I’m from the Chicago area, I was born in Woodrige. I went to Depaul University. I’m an alto saxophonist, an improviser, a composer, band leader, music presenter. That pretty much encompasses my various acts as a musician.

SLC: How did you get started in music?
NM: I started music very early in life. My parents saw that I showed an interest in music when I was a toddler and they enrolled me in toddler like piano lessons when I was 3 or 4 years old. I studied the piano up until college, and I still play it. I picked up the saxophone at age 10 playing in the school band and got interested in jazz at around that time, so by the time I went to college, saxophone had taken over as my primary instrument and I studied jazz in school. When I became interested in jazz between age 10 and 11, my dad was able to help nurture my interest in the music. Though he himself played the saxophone as a young man, he didnt play professionally but he was a jazz fan and he took me to concerts as well.

SLC: Who would you say you consider a role model and why?
NM: I’ve always been inspired by the music and the ethos of John Coltrane. He only lived to be 40 years old but he accomplished incredible things in that short time. Through his recorded output you can hear how he transformed himself from the talented side man into a true master. He was a prodigious practicer and composer who he dedicated his life to searching through music and he was able to receive this self realization through doing that. He transformed the music in ways that still resonate today.

SLC: What is your favorite animal?
NM: I’m a bird lover. I have a green cheeked conure parrot, which is a small parrot, named Pistachio. I’ve had him since 2006.  To answer your question, it would be birds.  I love birds, I took an avian biology class in college, I’ve been interested in birds before that but that class was really interesting because there was a field component where we went to the lincoln park conservatory and actually captured wild birds  to study them,  that really solidified my interest in birds.  I  got a bird later on. 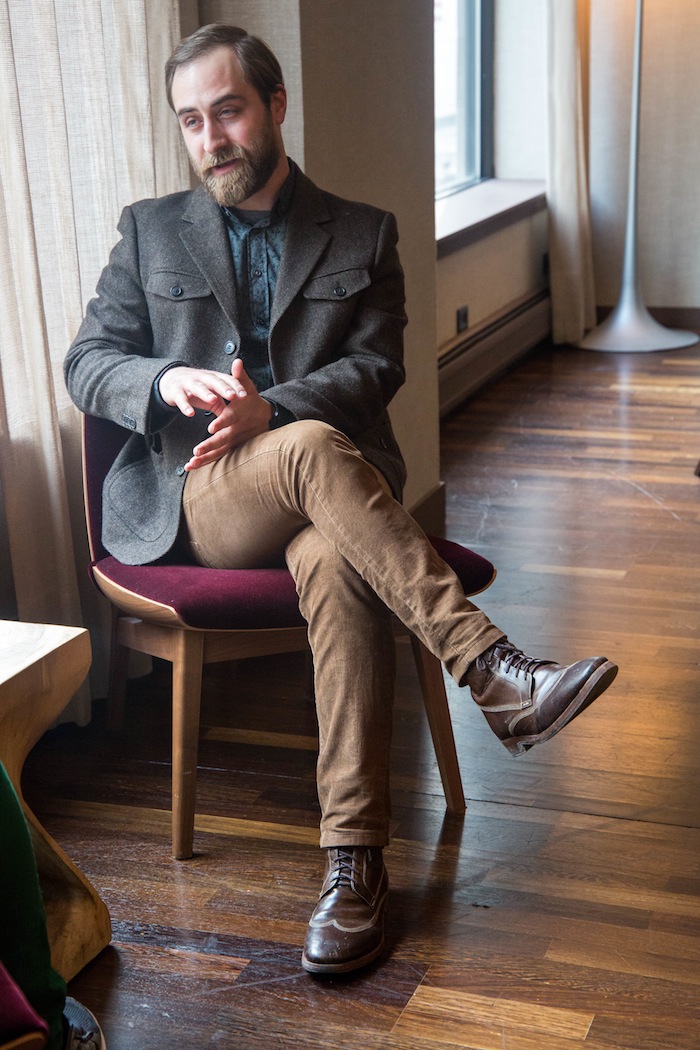 SLC: Why birds?
NM: I like birds because they come from a lineage of animals that are extremely old, as the last relatives of the dinosaurs, and they’re still around. They have this intelligence,  its not mammalian intelligence but it’s like another expression of intelligent life that is very unique. In having a pet bird you get to know that intimately, dealing with a bird one on one all the time. It’s not like having a cat or dog; they’re smart and you can get along with them  but they’re a very different type of intelligence.

SLC: Savory or sweet?
NM: savory most definitely! I don’t have a sweet tooth.

SLC: When you’re not working or at a gig, what do you do to kick back? what hobbies do you do outside of work?
NM:  One thing that is kind of related to music that I do as a profession is that I like to repair musical instruments. I like to work with my hands. I work on old cars. I have a 1965 ford falcon that im restoring.  I’m sort of an amateur carpenter.  I like to read and I am interested in films, watching not making them.

SLC:  If someone gave you the opportunity to have a dream collaboration, either a jazz musician or a pianist, or even a pop artist who would you choose?
NM: Wow, thats a difficult question!  Living or dead?  Living narrows it down a bit.  Someone I  would absolutely love to  love to work with is a saxophonist named Joe Lovano.  He works primarily in New York and he is a real modern master which I think would put in the pantheon with the great players of the old days but he’s active now and his playing has been inspirational to me. I think it would be incredible to work with him. 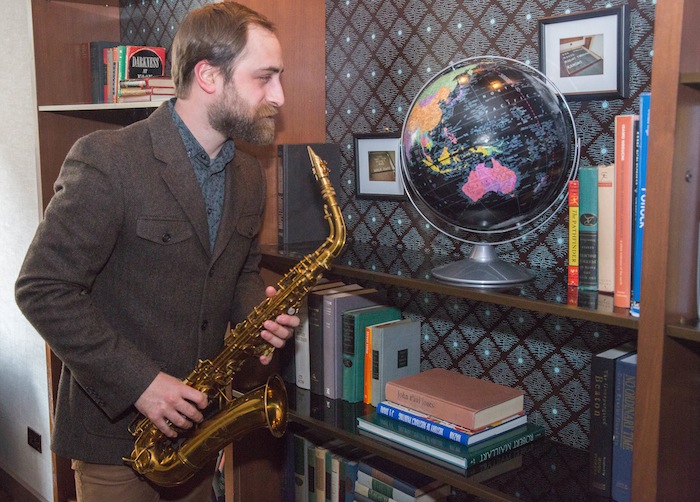 SLC:  You are given 3 things: A physical map, $5000 and 1 book. What book would you take?
NM: A book that I loved as a young person was “The Agony and the Ecstasy” by Irving Stone. It’s a biographical novel about Michelangelo.

SLC: So you have your money, map and book, what would you do with it?
NM: I would probably go over the $5000 limit, but what I would like to do is re-read the book and use the map and the money to travel around to the places he lived and worked to get more of a sense of what his environment was like.

SLC: If were not doing music as a profession, what other profession would you be doing?
NM: I would probably be a scientist. I was always interested in the sciences growing up. At a certain point i had to make a decision on whether I would go into the humanities or go into science but eventually I chose humanity and music. I am not sure what field in science, probably physics or astronomy.

SLC: What is a perfect/ideal day for you
NM: An ideal day is one where I get to play a well paid gig, in front of an appreciative audience.

SLC: What is the last good book you read
NM: I read a book called “The Saxophone Is My Voice” it was translated from French and written by an instrument maker living and working in France who described in great detail the acoustical physics of the way the saxophone works as an instrument. It was really insightful to me both as a repairman and also someone who plays the instrument. 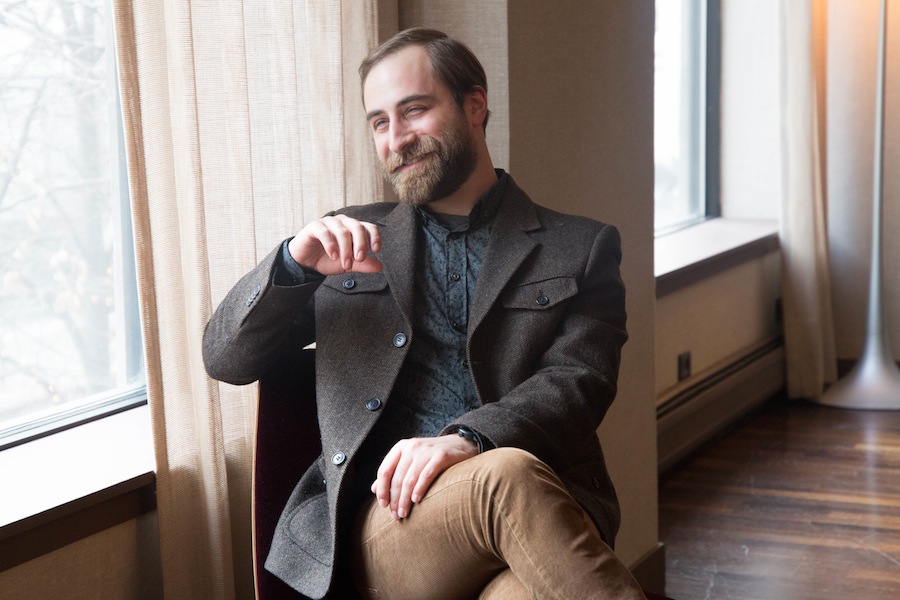 SLC: You are given a chance to throw a dinner party at the Library at the James Hotel and allowed 6 guests, dead or alive, who would you invite?
NM: I would try to bring together some of the great saxophonists that I look up to and whose work has influenced me. They would be Ornette Coleman, Henry Threadgill, Roscoe Mitchell, Steve Coleman, Greg Osby and French philosopher Jacques Derrida.

SLC: First thing you do when you wake up?
NM: I deal with correspondences. Emails, arranging gigs and rehearsals.

SLC: Riskiest thing you’ve ever done so far?
NM: When I was in high school I took a trip to Ireland with the school band and we went to the Cliffs of Moher. We were all in a big tour group and I snuck away from our main group and found an area by the coastline where I could climb down unto the cliff and I went down there and hung my legs over the edge which is a straight drop down. I am not a risk taker but it was so beautiful there and I wanted to in the landscape more than this guided tour allowed us 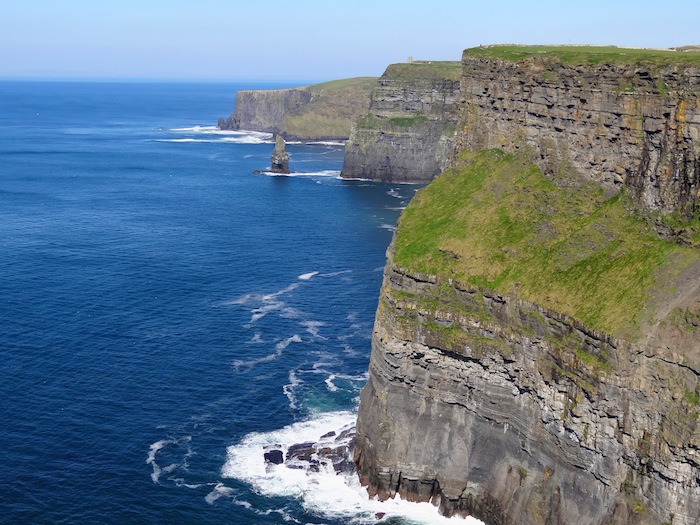 SLC: What has been your favorite place to travel to so far?
NM: The place I’ve traveled to the most and my favorite is Paris. I really enjoy it there.

SLC: What is your take on the music scene in Chicago?
NM: The thing about the music scene in Chicago is it’s largely self organized and the hallmark of the way independent music has been made. Its a great town for incubating new ideas in music, there are lots of opportunities to play and workshop your material, you may make a lot of money doing it. Chicago is especially rich with places to play and musicians supporting each other and working out their ideas. The music scene in this town has been able to organize itself with the absence of large funding.

SLC: What would you like to see done better?
NM: The city does a good job of providing visible platforms for music like the concert series in Millennium Park ever summer and the Chicago Jazz Festival but what would be great is if there were more showcases of similar scope that happens throughout the year and not just the summer time.

SLC: What would be your dream venue to play?
NM: My actual dream venue is not possible because it’s gone. It was called The Five Spot in New York, an historic venue where some of my favorite recordings were made.

SLC: What are some of your favorite hangout spots in the city?
NM: The Green Mill, Analogue.

SLC: What does 2015 look like for you?
NM: 2015 looks really good. 2014 was a year of a lot of recordings so these recordings will be released in various formats. My longtime trio, which is myself, Anton Hatwich and Frank Rosaly, will be releasing our 3rd album by summer of 2015,  on a relatively new Chicago based record label, International Anthem Recording Co.

Hotness In The News Friday March 6