There was a time when our parents would drop us off at the Library to finish our homework, before Google was a thing the library was the place you went to work on your research paper and who can forget weekend trips to the library to check out videos because it was cheaper than Blockbuster. Those days might be gone but the library is still as important and relevant as ever, even in this digital culture we live in. So much so that a group of young professionals from Chicago Public Library foundation want to continue to helping Chicago residents and the community enjoy these benefits and more. But did you really know how the Harold Washington Library came to be? That the library had a part in Black History Month? You can save money using your library card? Here are 10 things you may not know about Chicago Public Library, keep reading to the end as we have a giveaway for a lucky reader.

Adult residents with valid Chicago Public Library card can get free tickets to select performances at Ravinia, now all you need to worry about is your transportation and who will bring the wine and cheese. 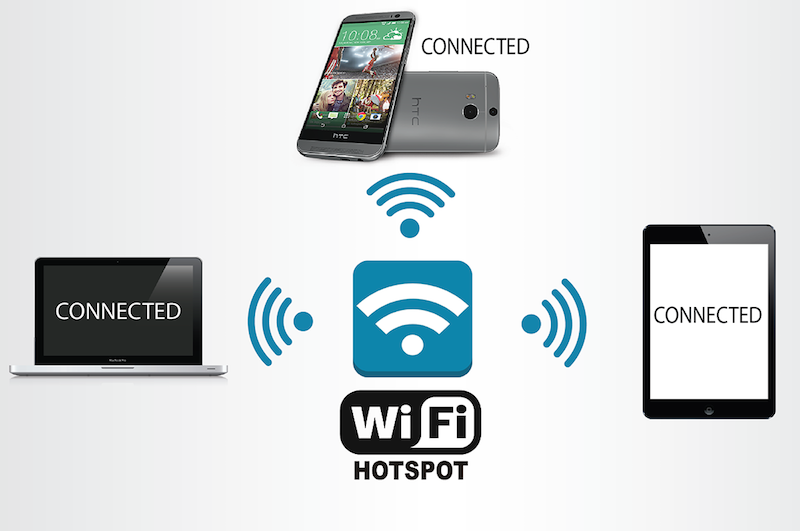 The ‘Internet To Go’ program lets Chicago Public Library patrons with valid library card check out wi-fi mobile hotspots, tablets and laptops for three weeks at a time, so you can have internet at home or on the go. Perfect for when you just moved and Comcast won’t be there for another week or two, or the bill won’t get paid for another week cause the way your bank account is set up. The program was made possible through grant funding to the Chicago Public Library Foundation from The Knight Foundation and Google. 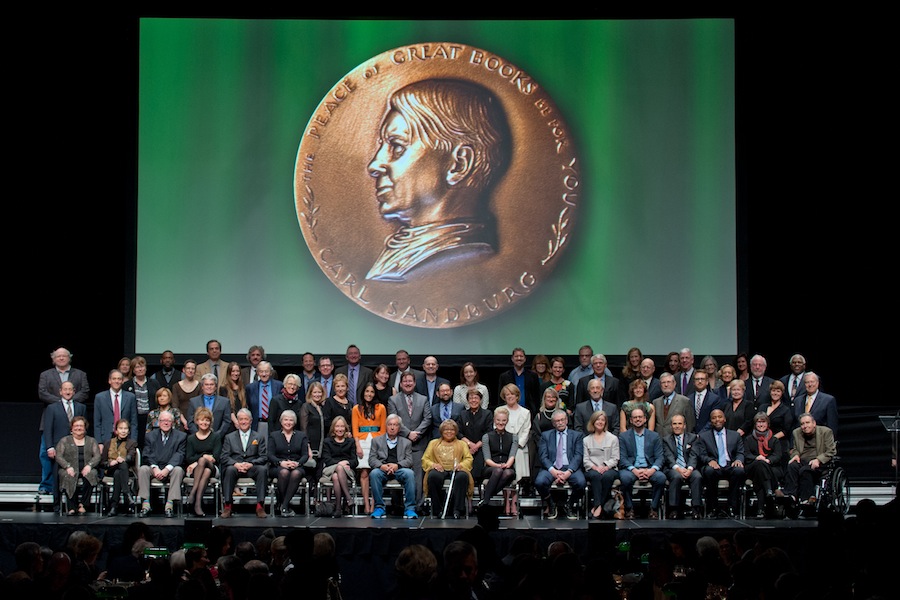 Each year the Chicago Public Library Foundation bestows the Carl Sandburg Literary Awards to an acclaimed author in recognition of their outstanding contributions to the literary world. Past recipients of the award have been Pulitzer Prize winners, Oscar winners, Grammy winners, Tony winners, you know NBD just the likes of Toni Morrison (2010), John Updike (2005), Kurt Vonnegut (2001), Nikki Giovanni (2007), Salman Rushdie (2009) to name a few. 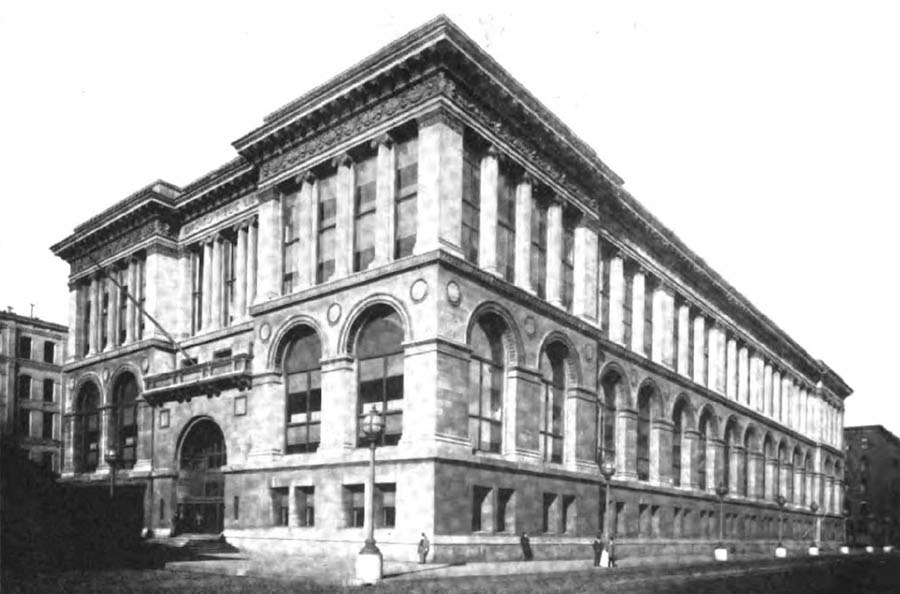 Did you know the Chicago Cultural Center between Washington and Randolph was the former central library location? You can actually still see the sign when standing on the east side of Michigan avenue by Millennium Park. After the great Chicago fire of 1871, Londoner A.H. Burgess drafted the “English Book Donation,” writing in the London Daily News “I propose that England should present a free Library to Chicago, to remain there as a mark of sympathy now, and a keepsake and a token of true brotherly kindness forever” hence Chicago Public Library was created directly from the ashes of the great Chicago Fire. It moved around different locations until fast forward 24 years, and $2 million, to 1897 when the the Central Library opened its doors. The flagship library location, Harold Washington Library, came to be after the late Mayor Harold Washington advocated in for a new library to be built when he was elected in 1983. A design competition was held in 1987 and Hammond, Beeby and Babka won. Upon completion in 1991, then Mayor Richard M. Daley named it after Harold Washington, who died in 1987. 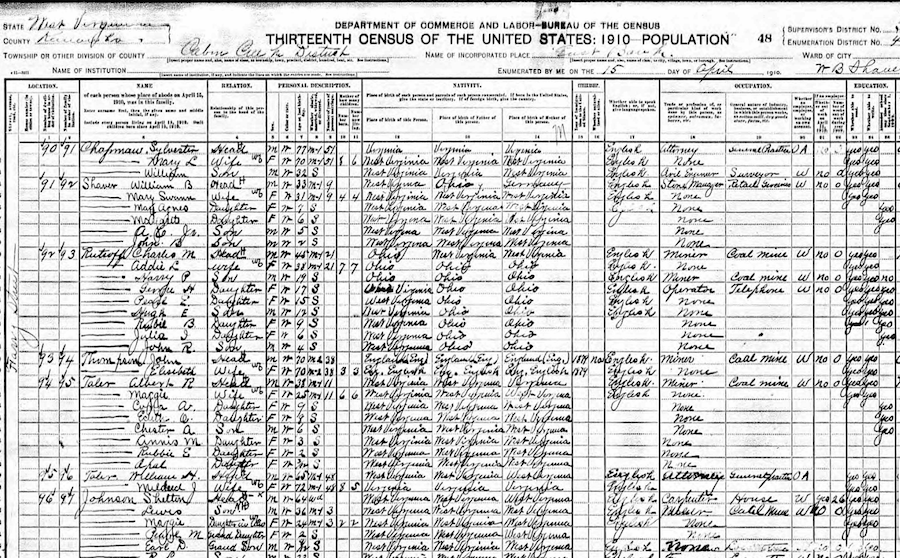 Related: Night In The Stacks 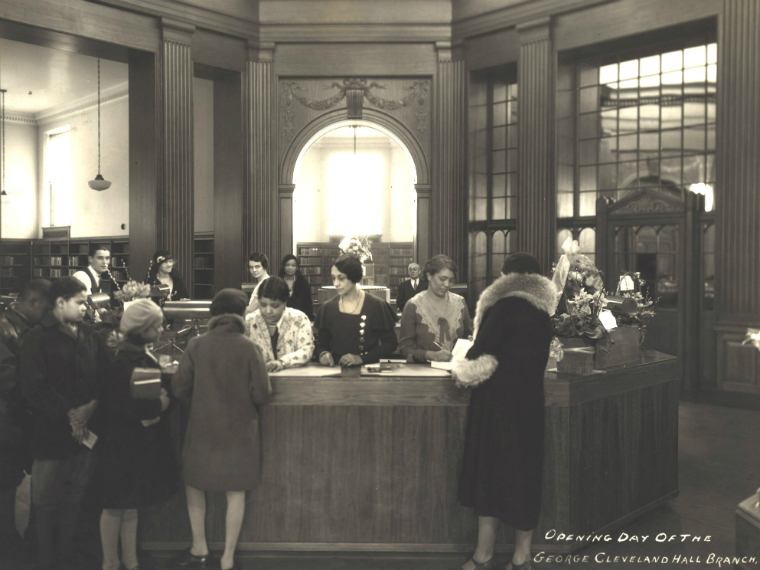 The Carter G. Woodson Library has the Midwest’s largest collection of a priceless black literature. But did you also know that it was in Chicago where the roots of Black History Month began all thanks to Mr. Woodson who is now known as the “Father of Black History.”

7. ONE BOOK, ONE CHICAGO

One Book, One Chicago is an annual, citywide book club aimed at creating a community of readers. It was launched in the Fall of 2001 as an opportunity to engage and enlighten residents through reading. The Third Coast by Thomas Dyja is this year’s #OBOC selection. 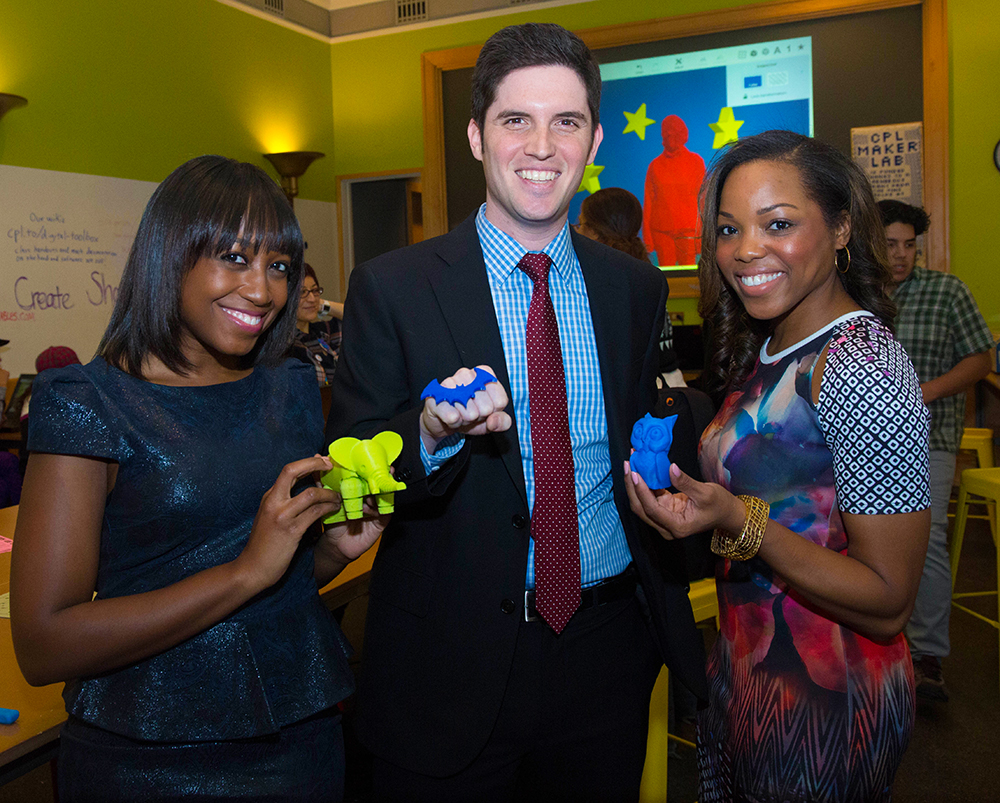 Chicago Public Library’s The Maker Lab is Chicago’s first free and publicly accessible maker space where library card holders can attend workshops or open shops and print 3D items such as a 3D fridge magnet, machine drawn greeting card or even a tie rack at no cost. 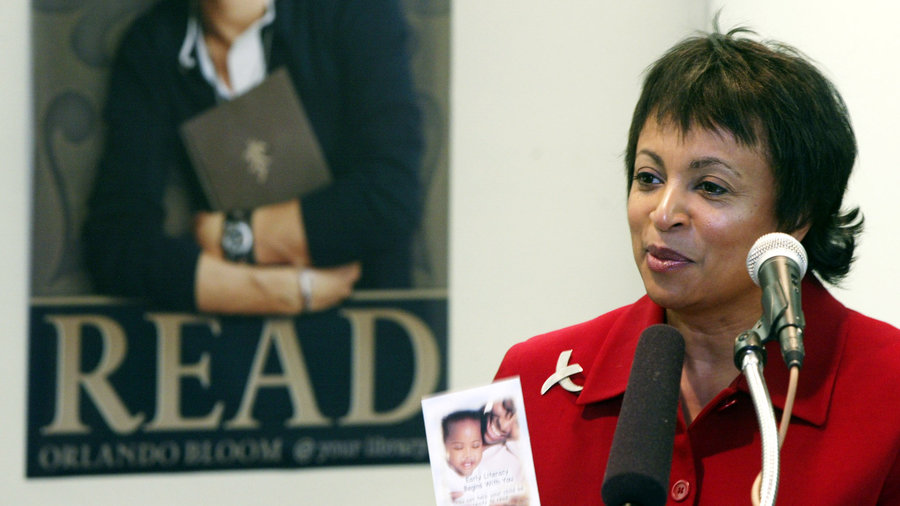 Related: No Drinking in The Library! Our Night In The Stacks

It was established in 1986 as Chicago Public Library’s fundraising partner by philanthropist Cindy Pritzker. The Library Foundation’s mission is to enrich technology, programs, and collection development at Chicago Public Library. The Foundation has worked to help raise funds that enrich programs and collection development at the library. The Junior board, consisting of young professionals was established in 2012.

All these amazing things wouldn’t be possible without the generosity of corporations, foundations and patrons like you. To help the library continue providing this and many more amazing things to the community, the Chicago Public Library Foundation’s Junior Board and the Library invites you to their fundraiser, Night in The Stacks on Friday April 8. A night where all the library rules are gone, there will be drinking, dancing, eating and most especially fundraising. Early bird tickets are HERE Below you have a chance to win a pair of tickets.

See you on the scene.