Chicago is not a celebrity town, or maybe its that it isn’t as celebrity driven as our coast city counterparts and that’s perfectly fine. Here, its the business leaders, civic leaders, power players, the ones that have hospital wings, medical centers and art galleries named after them, that you really want face time with. If the guest list at the artEdge50 gala was any indication, the folks at the MCA know a lot of powerful and chic people. If you are someone uninitiated to the different social circles in Chicago, you won’t recognize them unless you frequent places like RL, The University Club, Soho House, Economic Club or an event like artEdge50 gala. Saturday night (6/3), Chicago’s power players and those aspiring to be, converged at the Museum of Contemporary Art Chicago to celebrate a highly anticipated exhibit. Takashi Murakami: The Octopus Eats Its Own Leg, curated by the MCA’s James W. Alsdorf Chief Curator Michael Darling and runs from June 6-Spetember 24. 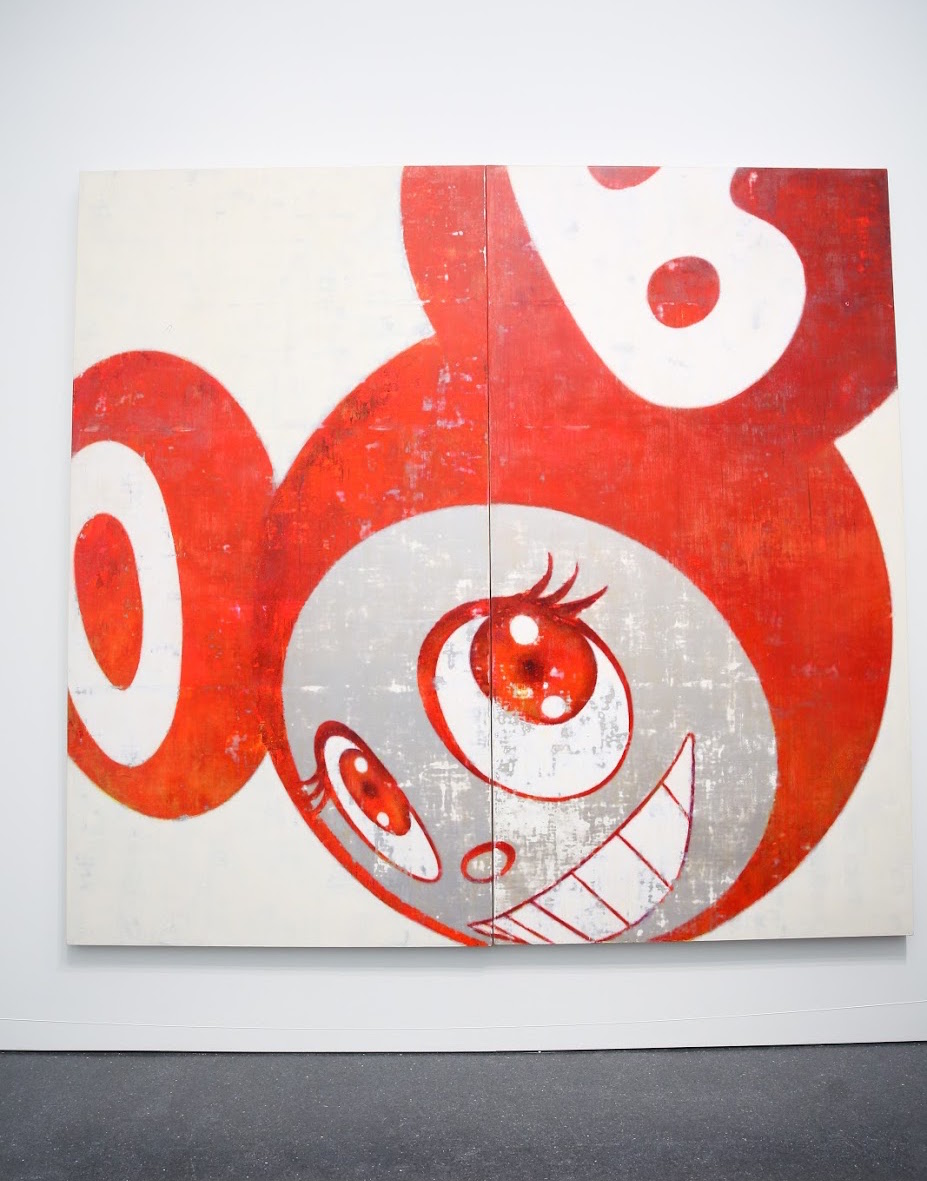 The exhibit itself, Murakami’s first museum retrospective in North America in 10 years, not only features some of the easily recognized pieces that’s influenced pop culture such as Mr. Dob and Kanye Bear, it also features never-before-seen monumental masterpiece. 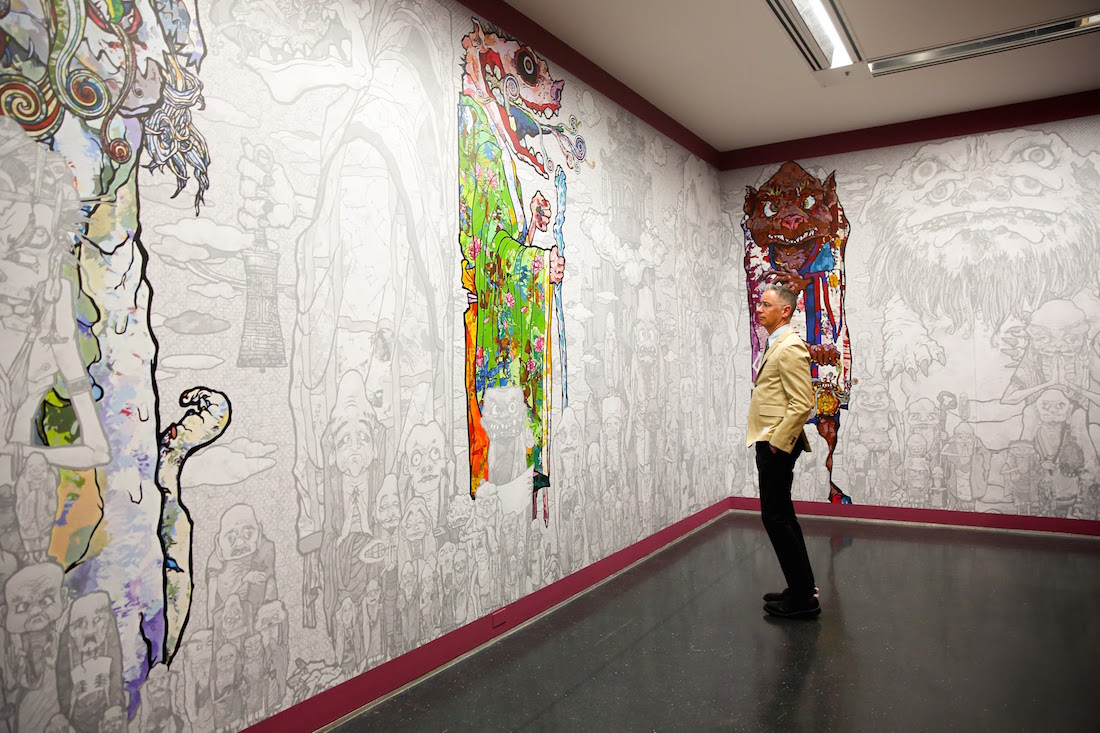 The gala, co-chaired by  Marlene Breslow-Blitstein and Berle Blitstein, Helyn Goldenberg and Michael Alper, James Litinsky, and Pamela Netzky and Ashley Hemphill-Netzkyh had over 600 guests in attendance, celebrating the Museum of Contemporary Art Chicago’s 50th Anniversary.

The night began with a cocktail reception and first look at the extensive exhibit on the fourth floor. Some of the current business, social and civic leaders of the city such as Anne Kaplan, Michael and Cari Sacks, Lara and Marc Shiffman, Sally and John Kovler, Sarah Albrecht, Eric and Liz Lefkovsky, Katherine and Judd Malkin, Neil Bluhm, Mayor Rahm Emanuel and First Lady Amy Rule, Theater Gates, Desiree Rogers, were spotted on the scene schmoozing, with next gen-ers like  Hebru Brantley, Jessica Malkin, Mary Ann and Ben Weprin also in the mix in attendance. It wasn’t just Chicagoans in attendance, New York’s famed gallerist Larry Gagosian, Complex Founder Marc Ecko, Complexcon founder Aaron Levant with wife Laura, were also spotted on the scene. As guests arrived they take photos on the step and repeat with the exhibit mascot and some were even lucky to get one with Mr. Murakami before heading up for cocktails and apps. The star of the night, Mr. Takashi Murakami, dressed apropos in custom made octopus suit and a octopus hat to match; He was so gracious and personable taking pictures with all that politely asked.

Guests were led outside for dinner inside a giant tent on Lake Shore Park that was extravagantly decked out by the HMR design team, they really outdid themselves with the Murakami-inspired décor. 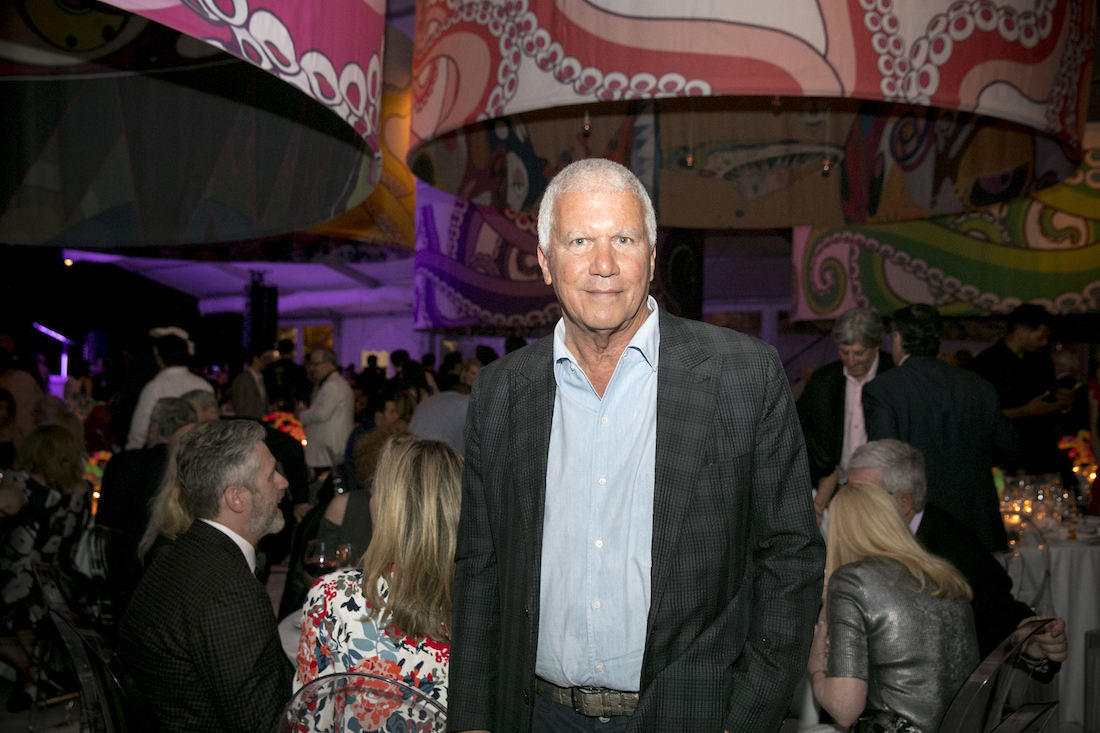 Before the video introduction by Pharrell announcing the night’s special performer, Janelle Monáe, Michael Darling with Mr. Murakami at his side announced that the evening raised $3 million with proceeds benefitting future MCA exhibitions, performances, and education programming.

Janelle Monáe took the stage and she rocked it! Kicking it off with some of her known hits, she then performed classics such as James Brown’s “I feel Good” though  Marty Nesbitt was spotted stoic as ever; She closed the show with an ode to Prince you can watch that performance on SociaLifeChicago Facebook page here. It was truly an incredible night celebrating the 50th anniversary of one of Chicago’s major cultural institution and here’s to 50 more years.

Takashi Murakami: The Octopus Eats Its Own Leg opens June 6 and runs until September 24.