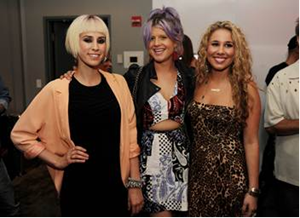 Lollapalooza rolled into Chicago this year with tons of great acts and even better lineup of  after parties. The best part about the 3 day long fest is the plethora of fun events to attend and perhaps spot a celeb or two while having fun. I had the opportunity to attend several of these events; though I can’t speak for all guests I am assured most in attendance had a great time.
Friday night started off at the Hard Rock Hotel Chicago which was the hub for everything going on that weekend(It’s so Miami Oasis suites, cK One color music and beauty lounge,  cK One presents Rock The Vote) . The 3 nights ck One presents Rock The Vote parties produced by BMF media kicked off with a performance by Chicago area(Wheeling) native Hailey Rheinart. There was a DJ set prior to her performance and an open bar with libations provided by Belvedere Vodka, Coors Light,  vitaminwater®  and Disaronno. Guests definitely took advantage and were ready to dance when Dev hit the Stage. E! Fashion Police correspondent Kelly Osbourne was front and center for Dev‘s performance and looked like she was having a great time. As I was leaving Hard Rock to head to Pump room, spotted DJ Whiteshadow arriving to the hard rock party.
The lobby of Public Hotel was a flutter with activity but in order to get to the party in the library bar you needed the Belvedere Vodka Public Hotel dog tag.  Jeffrey Paradise and Filip Nikolic of Poolside DJ  a fun chill set at the Public Hotel Library bar.  I spotted Josh Hopkins of “Cougar town” and “Men at Work” relaxing and having fun with some friends.

Saturday after the Gilt city party,  crazy rain, and the fest, the  parties that followed were insane!  The night kicked off again at the Hard Rock hotel where Talib Kweli spun an early set and Rosco Bandana performed.  As I walked around I spotted Andrew Barber of Fakeshoredrive wiling out when Chief Keef’s “I don’t Like” came on. 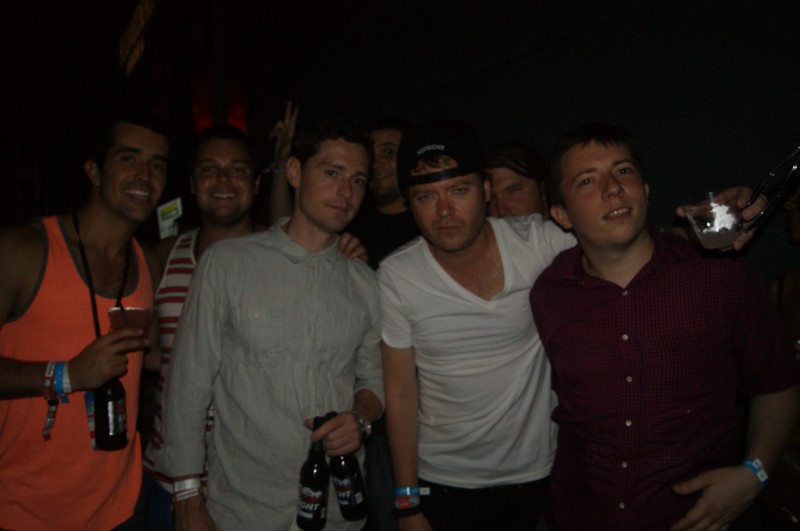 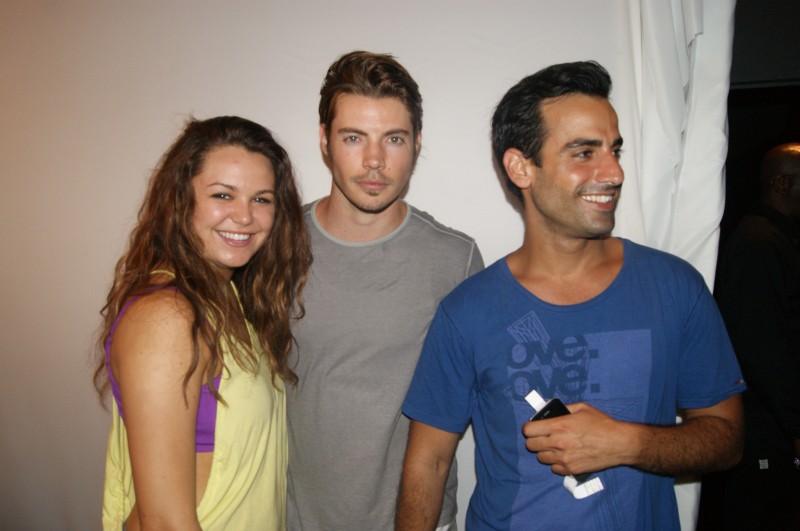 The Belvedere Vodka was being consumed responsibly by guests.  Josh Henderson  of  Dallas came with friends and was hospitable  while hanging out at the hard rock party. Some of those in attendance also took part in the ckOne beauty lounge by touching up their lips and getting their picture taken.  Shortly after Hard Rock, I headed over to Studio Paris but unfortunately the line situation didn’t really work out, which was understandable since everyone wanted to see Avicii.  After 10 minutes of trying to flag down a cab (yes, I know I know I should have Uber-ed) I finally flagged down a pedi cab. This was my very first time in one and it was an experience.  I headed over to Public Hotel where Chris Baio from Vampire Weekend was spinning. 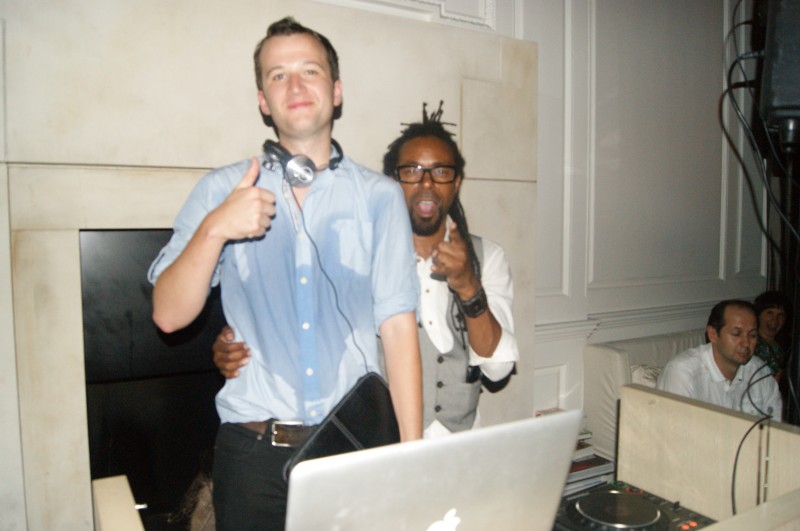 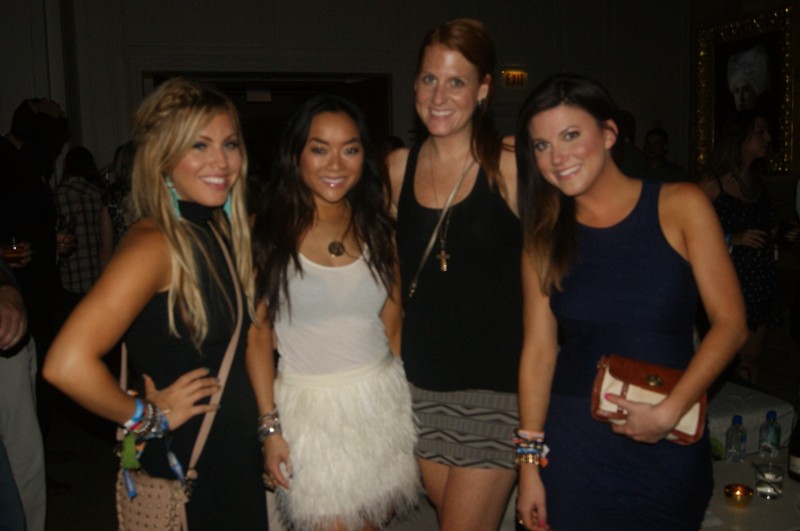 As I arrived at Public, I spotted Lynne Bredfeldt, Megan Taylor, Lisa Frame, Jessica Zweig, Daniel from House of Consignment and a host of other stylishly dressed guests. It was a packed room of fun and this was before DJ Madrid got on the turntables to work his magic. The night didn’t end there. I then headed over to Board Room and WHOA was that nuts-in a crazy fun way. 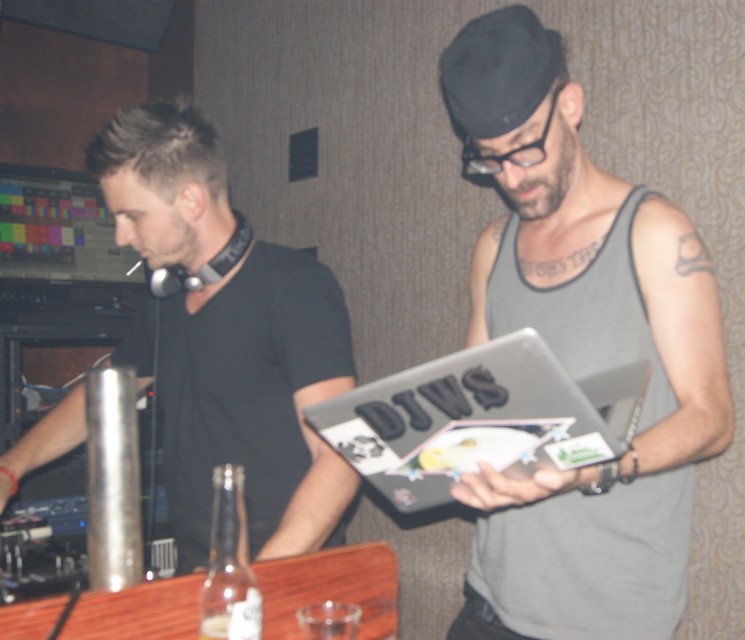 DJ De la Chapelle kicked off the night with some awesome music as guests began filling in and the bottle service sparklers lit the room. Chilin in the DJ booth was actor Evan Ross and  Lady Gaga’s makeup artist Tara Savelo and she was as sweet as the best brownie you’ve ever had;  follow her @tarasavelo. The night went from 60-95mph when DJ Whiteshadow got started. He was busy all weekend but you couldn’t tell based on the energy he exuded. The last time I was out this late(4ish AM) had to be last year lolla. As the night progressed and everyone got loose to DJWS‘ Ratchet playlist,  his shirt came off and so did Evan Ross’ and crazy fun ensued. 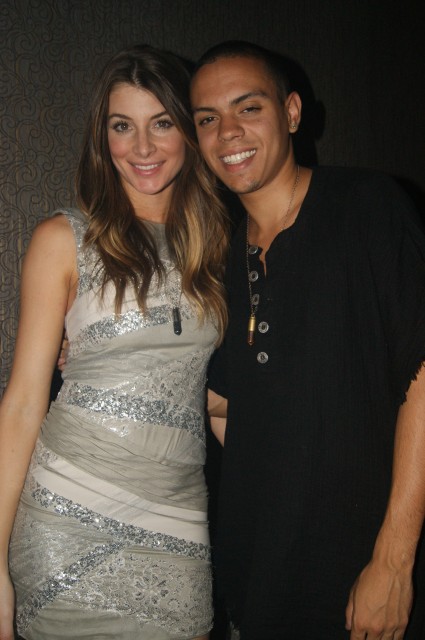 In another corner of the room, someone ordered what looked like 4 bottles of  Dom Pérignon Luminous, another table had 7 bottles of Perrier-Jouet Rose then shortly after the sparklers came out again and this time with the 3L bottle of Armand de Brignac aka Ace of Spade (it was owner Karl Spektor’s  birthday weekend afterall). Suffice it to say that was a kick a$$ night and I had a blast this weekend. Hopefully you did too.  Like SociaLifeChicago and check out all the fun in the facebook album FACEBOOK.

ps-sorry about the slightly blurry pictures

pps- HUGE thanks to all the people that worked to make this weekend a wonderful one, from the event planners, PR people, bartenders, door personnel, to the bar back; without them none of this would have gone off without a hitch. Thank you!