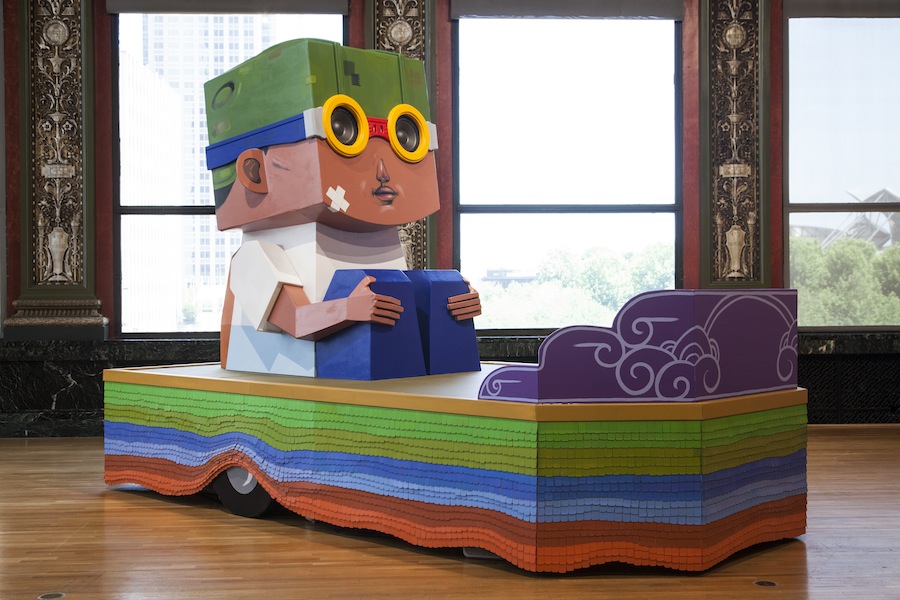 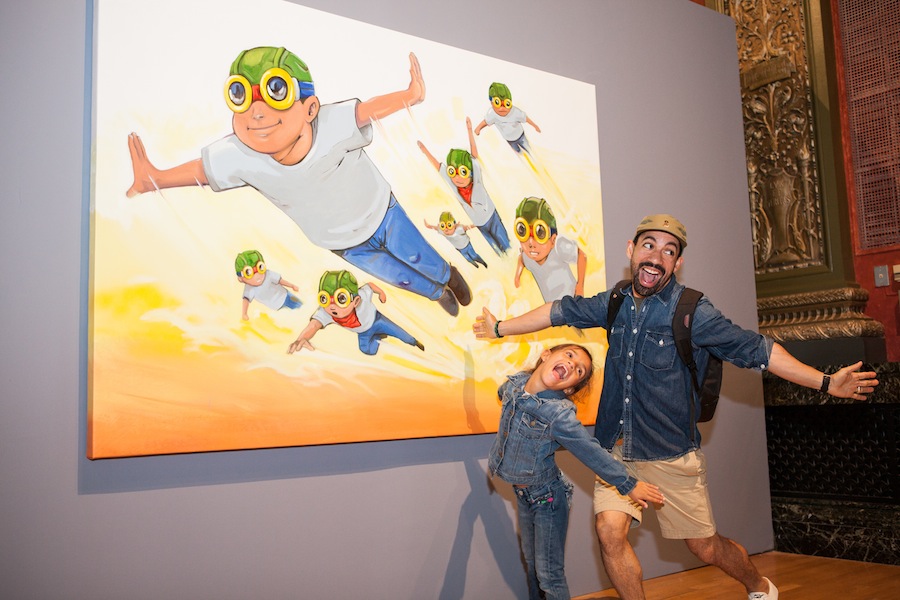 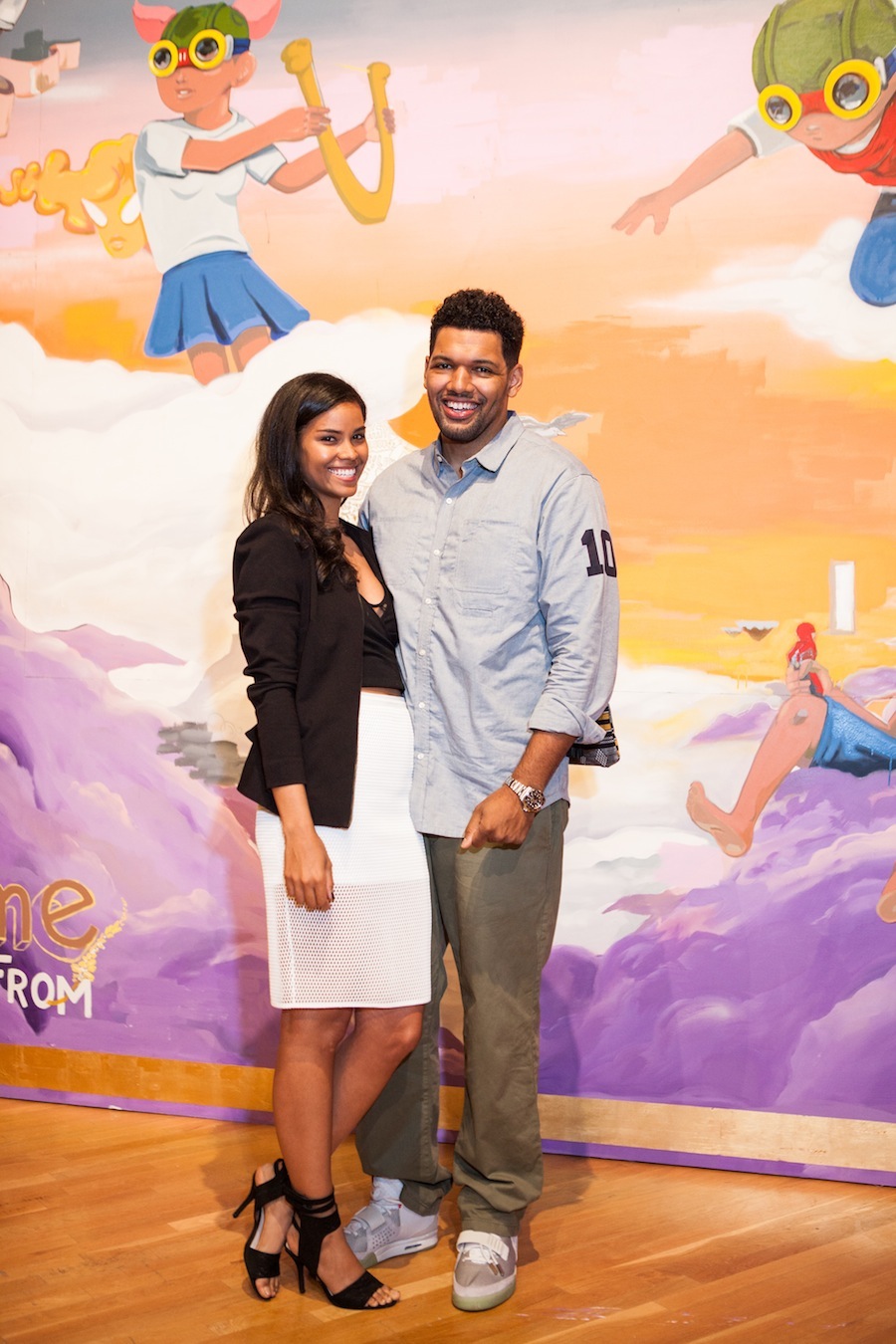 Last Friday, at the Chicago Cultural Center collectors, supporters, friends and art enthusiasts joined Chicago’s own rising star Hebru Brantley to preview his new exhibit ‘Parade Day Rain’ at the Sidney Yates Gallery(4th Fl). The exhibit which includes sculptures, painted on canvas and sketched will remain open through September 23, 2014. The 2 worlds which is a bit representative of the art world, suit/corporate meets hip-hop. 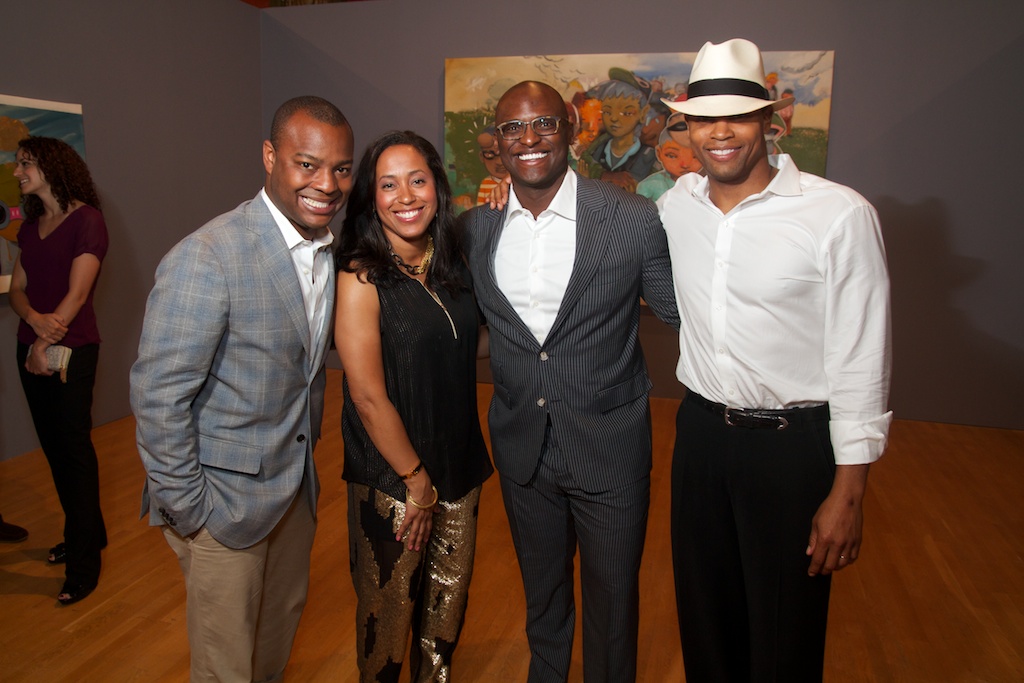 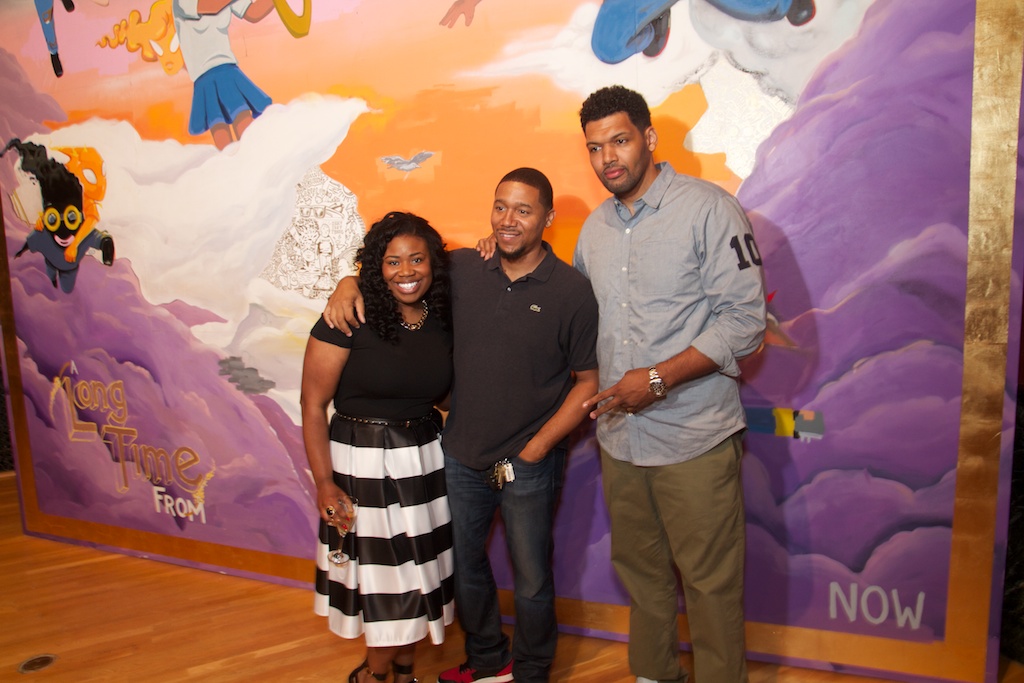 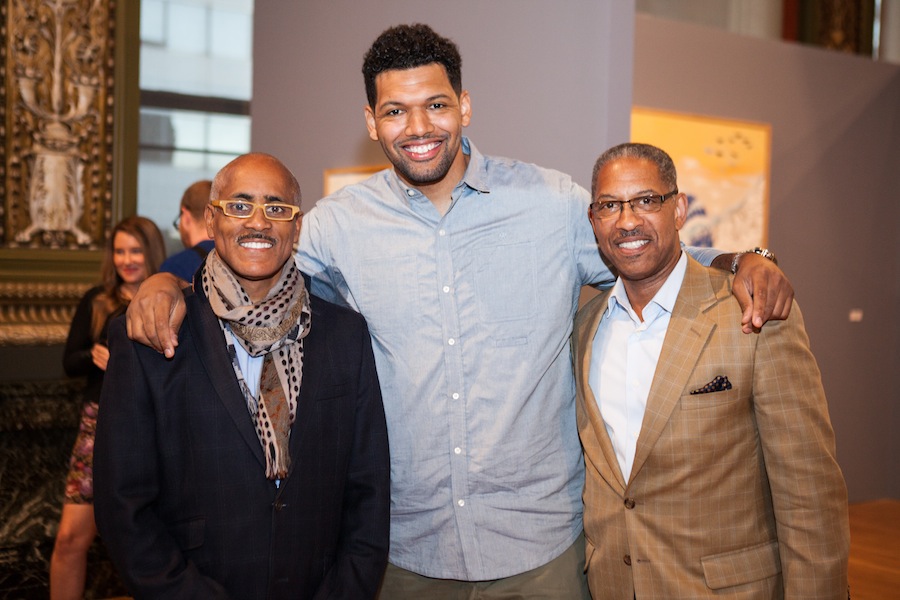 “Parade Day Rain” features a series of paintings and sculptures, utilizing a direct approach to the influences of human optimism and pessimism in the contemporary era.

Brantley touches on human emotions from both sides of the spectrum through the narratives of his characters from the well-known Fly Boy and Fly Girl, to a newer presentation of the Aphrodite. Using these characters, Brantley takes viewers on a journey through the complicated relationship between society and its ritualistic impulses, observing the multifaceted spectacle that is rain on the day of a parade, which can spoil any journey. Consequently, the parade, as a predictable event, is reduced to the endless possibilities that arise for the individual on life’s journey. “ 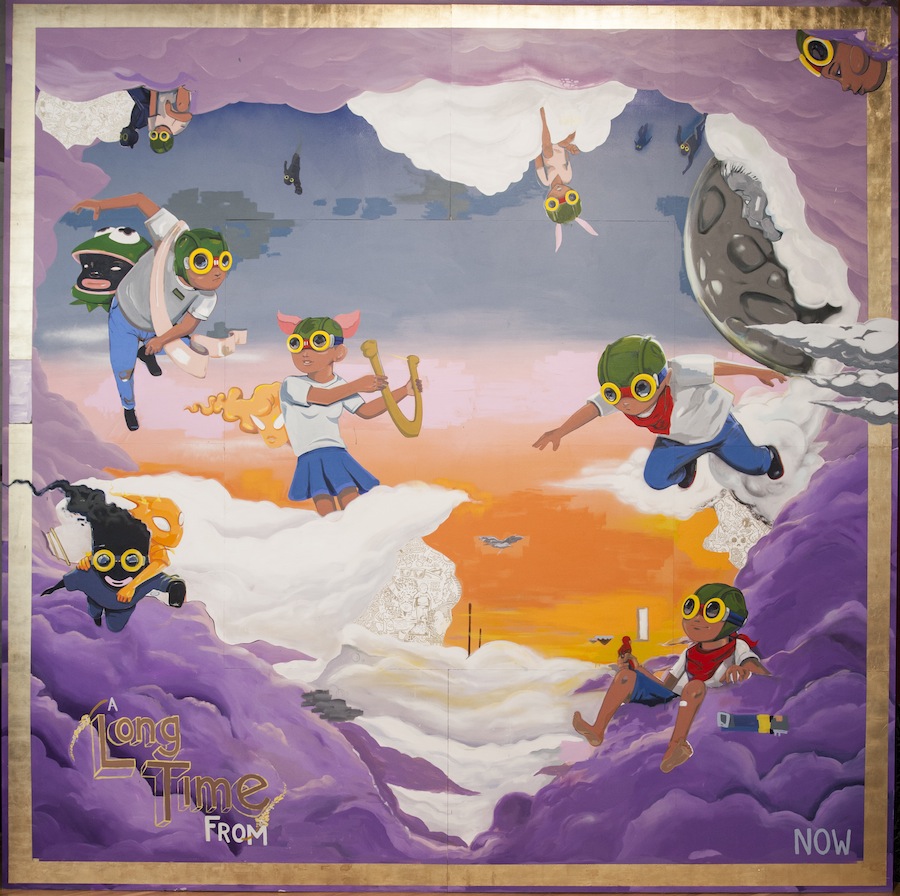