Protected: What To Do In Chicago This Month-August

The Gene Siskel Film Center at the School of The Art Institute of Chicago has been committed to bringing Chicagoans and global audiences significant world cinema in a non-commercial context that sets aesthetic, critical and entertainment standards since its inception in 1972. When Black Harvest Film Festival began in 1994 it was an opportunity to showcase the great work of black filmmakers, directors and most especially the independent ones. Back then some of the headlines making news that year included the historic election of Nelson Mandela as President of the Republic of South Africa, OJ Simpson’s infamous Bronco car chase and arrest, the Rwanda Massacre, Steven Spielberg won his first Academy Award. As August approaches, the annual Black Harvest Film Festival—Midwest’s largest- and longest- running Black film festival celebrating its 25th edition of telling the stories, dreams, history, and legacy of African Americans and the African diaspora, is set to kick off with monthlong feast of film screenings, discussions, filmmaker appearances and so much more. 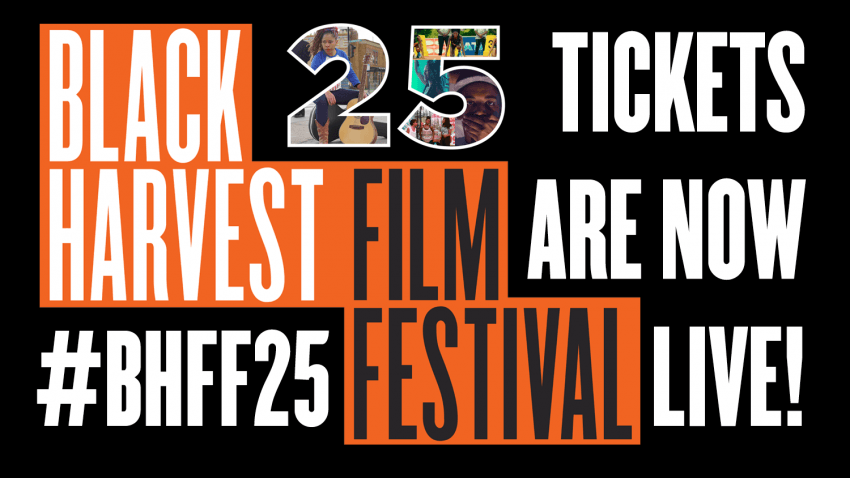 The festival’s August 3rd opening night event A Black Harvest Feast sponsored by Chaz Ebert and the Roger & Chaz Ebert Foundation, kicks off with a feast of firsts—the world premiere of five provocative new shorts by Midwestern filmmakers commissioned by the Gene Siskel Film Center in honor of the 25th anniversary of Black Harvest, thanks to funding from The Joyce Foundation, the Chicago Community Trust, and the Illinois Arts Council Agency. Tickets are $50 General Admission; $30 Students and Members.

“The Black Harvest Film Festival has always encouraged and celebrated emerging filmmakers, and it’s always been a place where filmmakers can congregate to nurture and celebrate each other’s successes. The Black Harvest production grants are a way to honor and celebrate that tradition, by offering Midwest filmmakers the opportunity to develop their vision from the notebook to the big screen,” – Jean de St. Aubin, Executive Director of the Gene Siskel Film Center.

In 2018 the inaugural Richard and Ellen Sandor Family Black Harvest Film Festival Prize, named for and generously underwritten by GSFC Advisory Board Chair Ellen Sandor and her husband Richard,  was presented to Kelley Kali for her short film, Lalo’s House. Kali then went on to receive the 24th DGA (Directors Guild of America) Student Film Award and a Student Academy Award at the 45th Student Academy Awards and this year her film is one of only 14 accepted by Cannes for their 2019 Diversity in Cannes Showcase. The Richard and Ellen Sandor Family Black Harvest Film Festival Prize is awarded annually to a director of a Black Harvest Film Festival short film, chosen by a prestigious jury. Admission to the awards presentation if free but tickets are required.

Below are highlights of some of the can’t miss events, screenings taking lace during Black Harvest Film Festival 2019. Tickets and passes are available here.

Gene Siskel Film Center Legacy Award (August 18): This year’s recipient of the Gene Siskel Film Center Legacy Award is Sergio Mims, Festival Consultant for Black Harvest since the festival’s inception in 1994. Sergio has served as co-programmer of the festival which is one of the longest-running and most important Black film festivals in the United States and worldwide. Mims will receive the award at the screening of BILL TRAYLOR: CHASING GHOSTS (see below for more information).

Thee Debauchery Ball (August 23, 28): Chicago’s large and thriving house music community is celebrated with flair in this new documentary. Director David Weathersby is scheduled to be present for audience discussion at both screenings.

CLOSING NIGHT: CROOKLYN (August 29): Celebrating its 25th anniversary is Spike Lee’s episodic, autobiographical narrative that centers on nine-year-old Troy, the only girl in a family of five children coming of age in Brooklyn in the 1970s. 35mm. Screenwriter/actor Joie Lee and star Zelda Harris will appear for audience discussion. After the show, all ticket-holders are invited to a reception sponsored by the Chicago Reader in the Gallery/Café.

Protected: What To Do In Chicago This Month-August