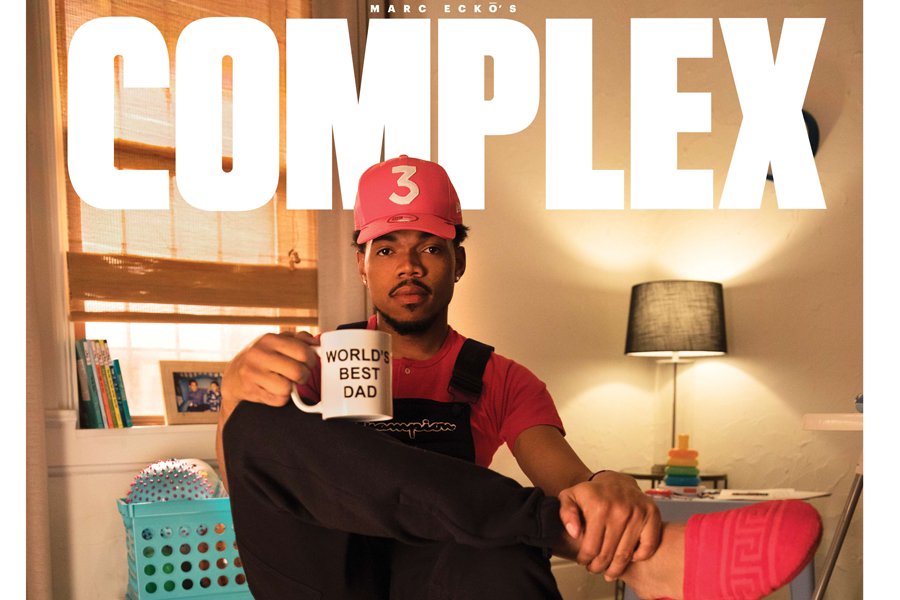 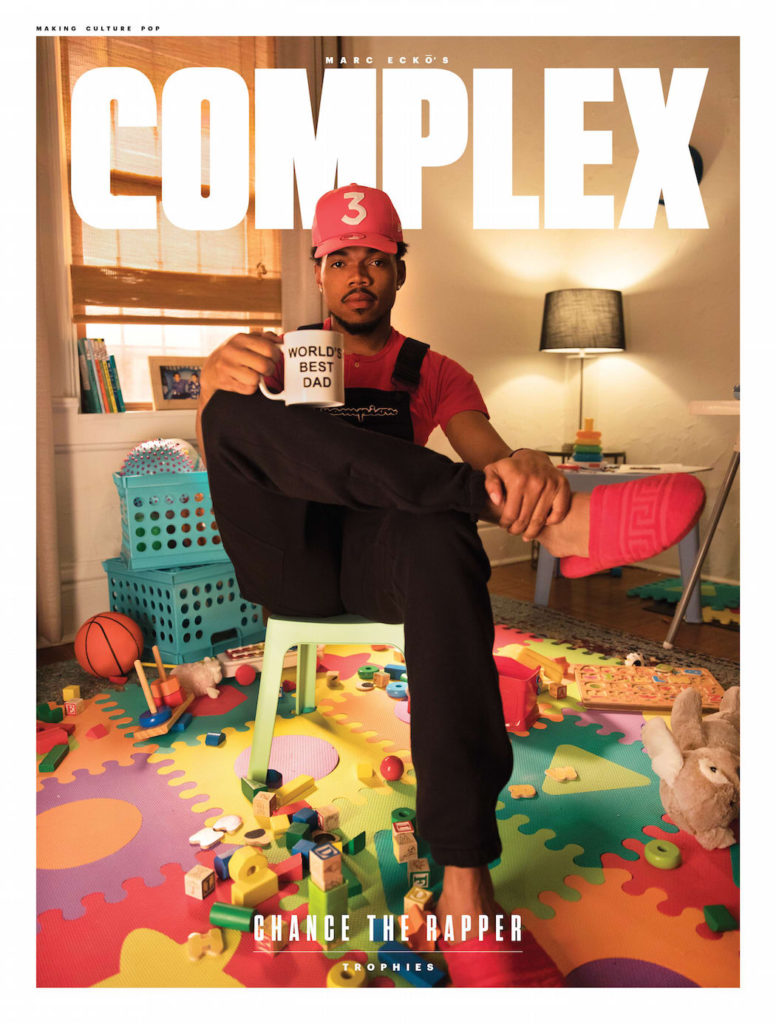 Chicago’s own Chancellor Bennett aka Chance the Rapper is already off to a hot 2017 and he’s adding to his list of magazine covers. Lil Chano from 79th is the cover story for Complex magazine’s

Chance talks to Complex Chief Noah Callahan Beaver about his Grammy win, being the world’s best dad, fame, his faith and more. You’ll recall Chance took his advocacy of Chicago and the public school system to task following his meeting with IL Gov. Bruce Rauner he announced he will donate $1M to the CPS foundation as well as addition 9 $10,000 gifts to select schools. Below is an excerpt from the cover story.

What does being the world’s best dad mean to you?
Man. Well, I have the world’s best dad currently. Most of the stuff that he showed me has been his dedication, his time management, his commitment to being truthful. It’s all about what he’s instilled in me. So, I wanna have the type of relationship where I’m a trusted figure beyond a dad. I wanna be a good friend and a good example.

Has being a dad changed how you think about your parents?
Definitely. My mom and dad have always been really close to me and very hands-on with everything that I’ve done. Good people.

Take me back to finding out your lady is pregnant. What is the first thing that shot through your head?
Holy shit. I think most people go into denial, if you’re a dude. You know what I’m saying? I’m not shy in saying it: I didn’t expect to become a father when I was 22. It had a huge impact on what I was doing. I was touring a lot, trying to figure out where I was going in the world. At the time, I hadn’t started on Coloring Book yet. I was about to release Surf when I found out. I was in limbo, kind of. It was three years out from Acid Rap, still figuring everything out. I’m still figuring everything out, but it was just another thing on my plate. I was scared and I was in denial, but every day it became a little easier. I’m talking pre-having a baby — because after having a baby it just gets harder. I went from a place of just rejecting it, to not just being optimistic but beckoning it, like, “I’m ready to have this baby. Let’s fucking go!”

Were you in the delivery room for the birth?
Yeah, fucking intense right?

Is it harder to make connections with new people after reaching this new level of success?
To a certain extent, yeah. Going to parties is different. I used to be the most outgoing person at a party. I used to get hella phone numbers, and I also just made mad friends. That’s why I’ve been able to be successful in the industry, ’cause a lot of people that I would work with ended up still being my friend afterwards. Because I like to make friends. But now, I go out and I’m not really trying to talk to nobody. I’m kinda sitting in the corner or hanging with the group of people that I had just left another place with. They’re like, why did I even come to the second party? I think it’s good that way though.

Both musically and it seems, in your personal life, you’ve embraced faith in a newfound way. What denomination are you?
I guess I’m a Christian. I don’t get to go to church every Sunday, but I still do attend church. I have church at home. But I think one thing that everyone gets caught up in is the organization of it and the church itself. A lot of people that are quick to tell you that they’re an atheist or that they’re not Christian or whatever, you could talk to them for a long time about spirituality and about a God and how their God exists. [But I’m] not trying to convert everyone, you know? I’m just talking about my faith. Like, that’s just what I believe. So why wouldn’t I tell you about the good news? I’ve seen that shit, you know what I’m saying? You should trust me!

But, at the end of the day, I try not to get caught up with my denomination, ’cause, like, God never asked me if I was a Christian. I just know what I’m supposed to do and what I’m not supposed to do, you know? And it doesn’t really tell me to tell other people what they’re not supposed to do. Everybody’s got their own path and they have their invitation to the seat at the table.

You can read the interview here