Kid Cudi is back on the touring circuit and at his Chicago stop of the Passion, Pain & Demon Slayin’ Tour which took place November 4 at Chicago’s Aragon Ballroom, Cudi brought out a special guest, Kanye West. The former G.O.O.D music protege, who previously went through a some setback and had a public spat with his mentor Kanye, has been patching things up as of late. They were spotted together in Tokyo visiting Takashi Murakami’s studios a few months ago. Kanye and Cudi performed the Life of Pablo “Father Stretch My Hand”

The concert in Chicago Saturday night mark’s Kanye’s first onstage appearance in nearly a year following his very public meltdown and the cancellation of his The Life of Pablo tour. Kanye, who has been keeping a low profile since his psychiatric hospitalization in 2016, is rumored to be working on new music. 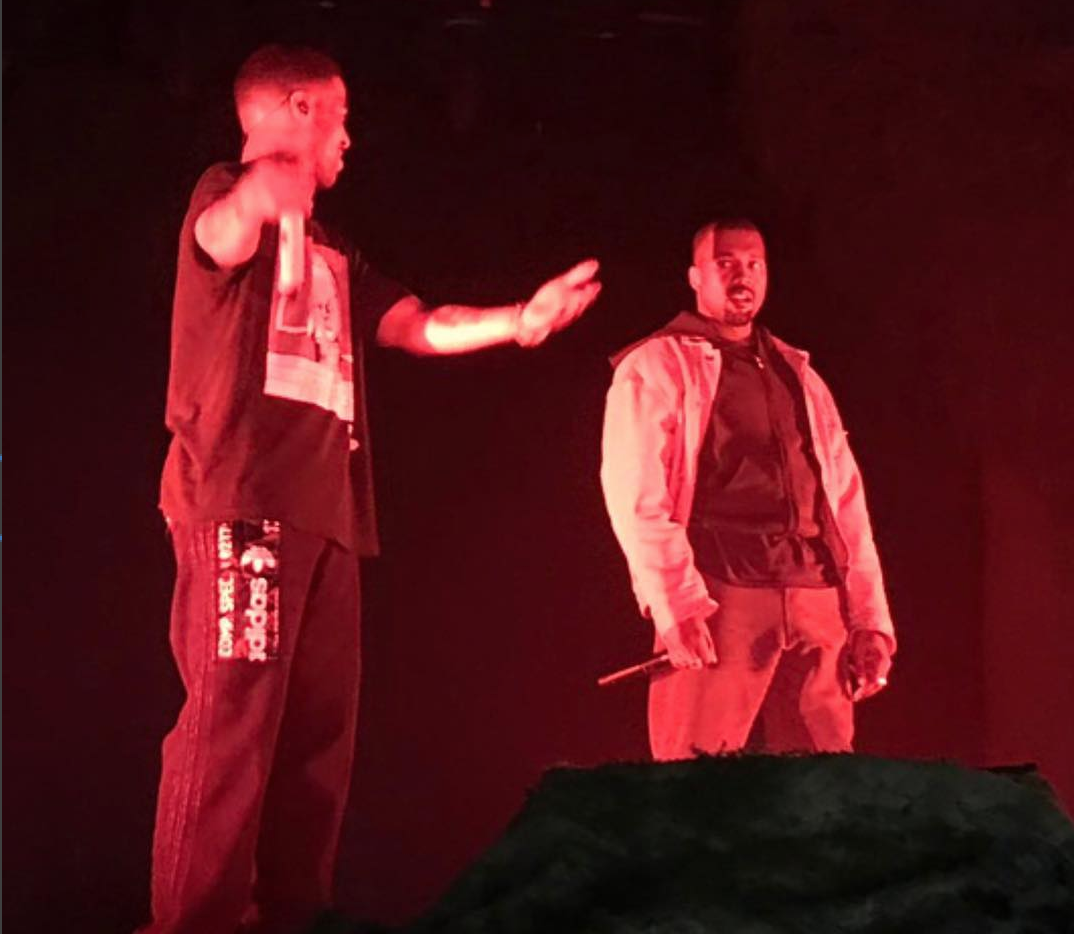 Kanye’s wife Kim Kardashian West though did not make the Chicago trip with him. She was spotted in Los Angeles at the Gucci sponsored LACMA gala with homager Kris Jenner.

Hotness In The News Friday November 3