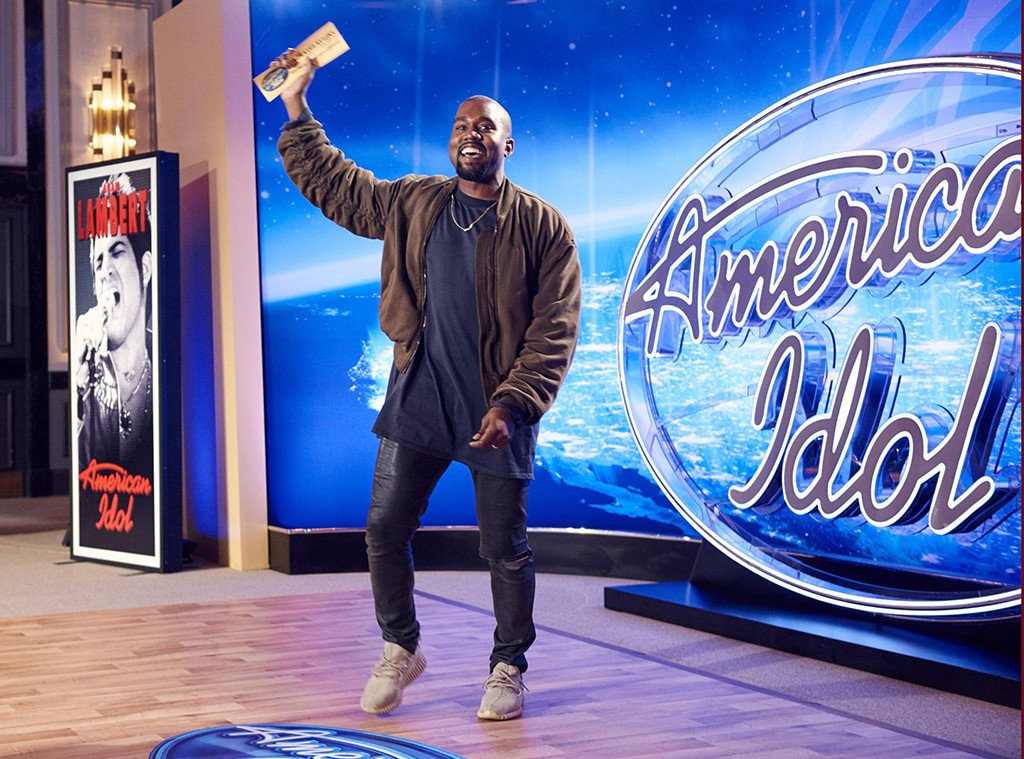 And you say Chi-City!! Chicago’s own multi-platinum, former Louis Vuitton Don, Grammy winning artist Kanye West is featured in the upcoming last season of American Idol. The fake audition clip starts off with West saying to judges Keith Urban, Jennifer Lopez and Harry Connick Jr. ‘My name is Kanye I’m from the South side of Chicago.’ The designer then told judges  that he was “originally a producer who wanted to rap but nobody believed in him,” to which the judges told him “hope it works out.”  He then busts into a verse from “Gold Digger” name dropping in hopes of getting in with one of the judges “My psychic told me she have a ass like Serena, Trina, Jennifer Lopez, four kids.”

The clip also showed doting wife Kim Kardashian West, backstage just like other Idol contestants’ loved ones, sharing with Ryan Seacrest that she isn’t nervous because she believes in him.  He wore a pair of Yeezy Boosts and jacket we think might also be from the Yeezy collection. Have a look at the video below.

Jumpstart Your New Year New You With 30 Day Green Challenge