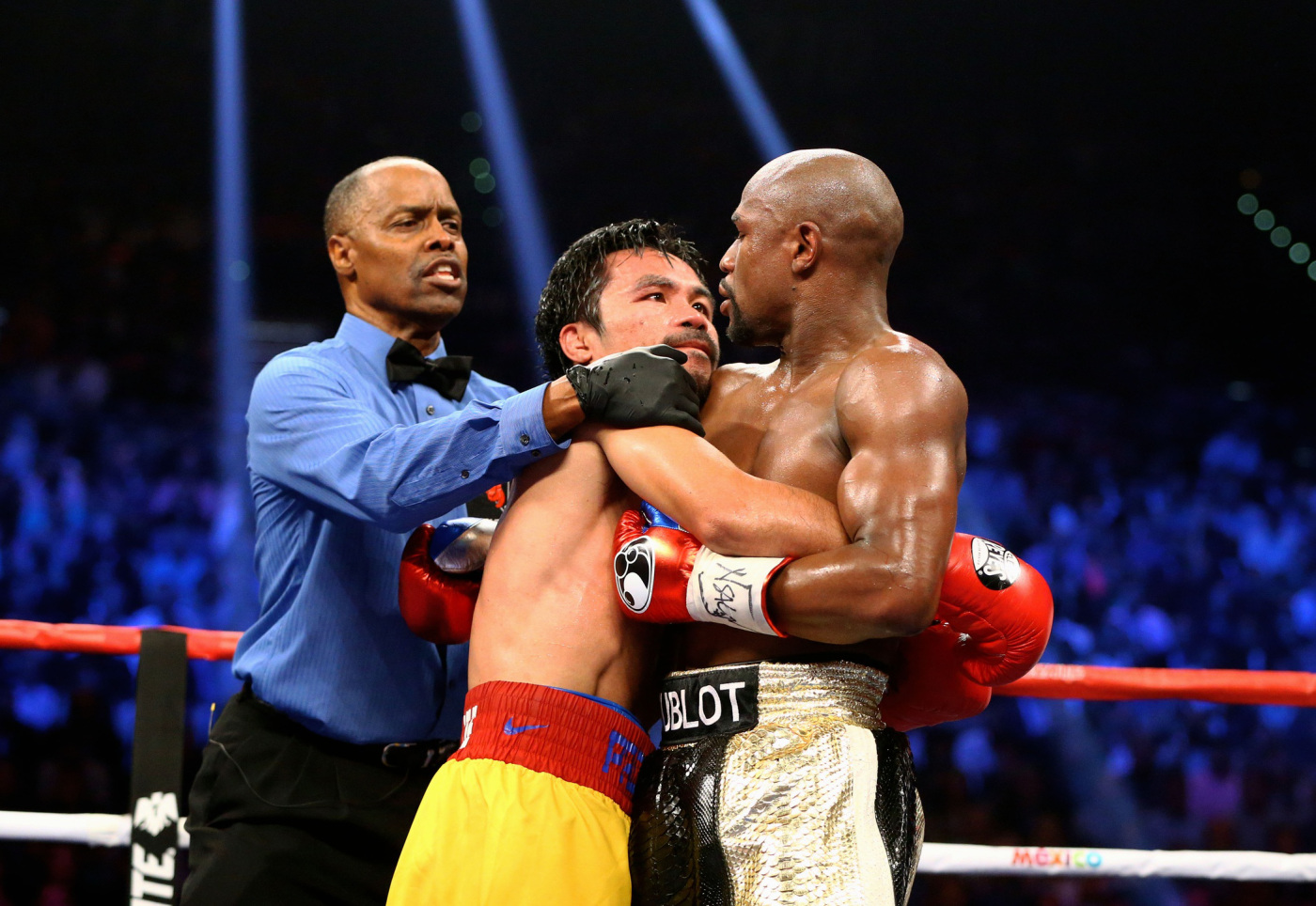 “Great achievers are driven, not so much by the pursuit of success, but by the fear of failure.” – Larry Ellison

•It’s a girl! Duchess of Cambridge Kate Middleton gave birth to a princess, over the weekend though the baby’s name is yet to be revealed. Only time will tell if her fashion choices will upstage Georges’? Mother and daughter are now home at Kensington Palace. After that, Kate, Prince William, Prince George and the new baby are likely to retreat to their country home, Anmer Hall.
•  #MayPac, The Pacquiao vs Mayweather matchup that cost $100 on pay-per-view was more hype than the actual match and in the end, judges unanimously declared Floyd Mayweather the winner, but did you see the Burger King man? Earlier in the day at the 141st Kentucky Derby, American Pharaoh won and he could be a threat to win racing’s first Triple Crown in 37 years. Tom Brady and some of his Patriots teammates were in attendance before chartering private jet to Vegas for the fight.
• Alex Rodriguez tied Willie Mays’ record for his 660th home run but the Yankees will not pay his $6 million bonus for getting the record because they feel that item in his contract is no longer valid due to Rodriguez’s 162-game suspension for drug violations last year.
•  David Goldberg, the CEO of SurveyMonkey and 1/2 of Silicon Valley power couple died suddenly while on vacation abroad with his wife Sheryl Sandberg, Facebook’s COO.
•  Tiger Woods and Lindsey Vonn announced they broke up. 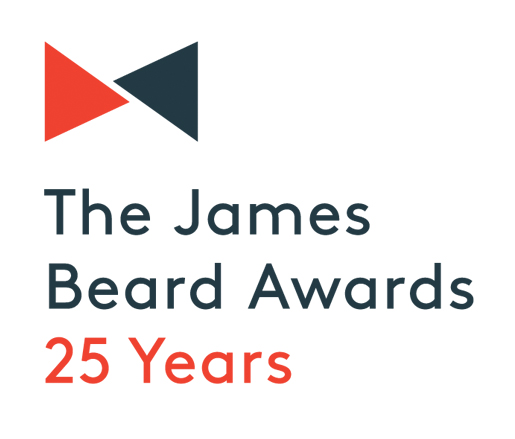 The foodie Oscars aka the James Beard Awards gala will take place tonight at at the Lyric Opera of Chicago, hosted by Alton Brown, to crown restaurants from across the country. Some of the Chicago dining destinations nominated include: Parachute(Best new restaurant), The Violet Hour(Outstanding Bar Program), Naha’s Carrie Nahabedian (Outstanding Chef), Outstanding Pastry Chef-Amanda Rockman, Nico Osteria and Dana Cree, Blackbird both One Off Hospitality restaurants. Kevin Boehm and Rob Katz of Boka Restaurant Group are up for Outstanding Restaurateur. Lettuce Entertain You’s Richard Melman will be given the 2015 James Beard Foundation Lifetime Achievement Award.

Two gunmen that attacked an anti- Muhammad drawing contest in Garland, Tex. have been killed. The event organized by the American Freedom Defense Initiative, an anti-Islam organization based in New York, included a contest for the best caricature of the Prophet Muhammad, with a $10,000 top prize.[NYTIMES]

In a three-day period ending Sunday, 10 bodies were recovered and 6,771 surviving migrants rescued by Italy’s Coast Guard and Navy as well as tugs and other commercial vessels. A woman, in labor when rescued Sunday, gave birth aboard Italian Navy ship “Bettica.” This comes two weeks after nearly 900 migrants drowned in the worst Mediterranean shipwreck. [NBC NEWS]

Golden State Warriors’ Stephen Curry has had an amazing season and league sources are reporting he may be this year’s NBA MVP. He beat out Houston’s James Harden, Cleveland’s LeBron James and Oklahoma City’s Russell Westbrook. An official announcement and news conference expected Monday, and Curry will be presented with the award on the court before Game 2 of the Warriors’ Western Conference semifinal series against Memphis on Tuesday night. [USA TODAY]

• Omaha’s top draw other than the College World Series took place this weekend and the Oracle of Omaha was the big attraction. Warren Buffet, the world’s 3rd richest person, celebrated the 50th anniversary of helming Berkshire Hathaway. The weekend was some business-five hours of shareholder and investor questions at the annual meeting and play-a newspaper tossing contest with Buffett & Bill Gates; a spoof championship boxing match between welterweight champ Floyd Mayweather Jr and “Berkshire Bomber” Buffett. [REUTERS]

• Victoria Beckham threw a swanky 40th bash for her husband David Beckham in Marrakech Morrocco. David also announced joining instagram over the weekend “Good morning and hello! It’s great to finally be on Instagram, been a long time coming but I can’t wait to start sharing all my special moments with you,” and he’s nearly at 4m followers. [US WEEKLY] • E! will air a two-part special, Keeping Up With the Kardashians: About Bruce. The two-part special will reveal intimate conversations that Bruce had with his famous family, in which they discussed his transition plus each family member’s struggle to process his or her own feelings as they all work through hearing from Bruce directly about finally living life as the person he has always known himself to be. [E!ONLINE]

• Rare occasions like this is when you wish the Concorde was still in service. Fashion’s biggest night, the Costume Institute Gala will take place in New York City, while Karl Lagerfeld will host Chanel’s resort show in Seoul. Several models have already made their way to Korea. #Firstworldfashionproblems 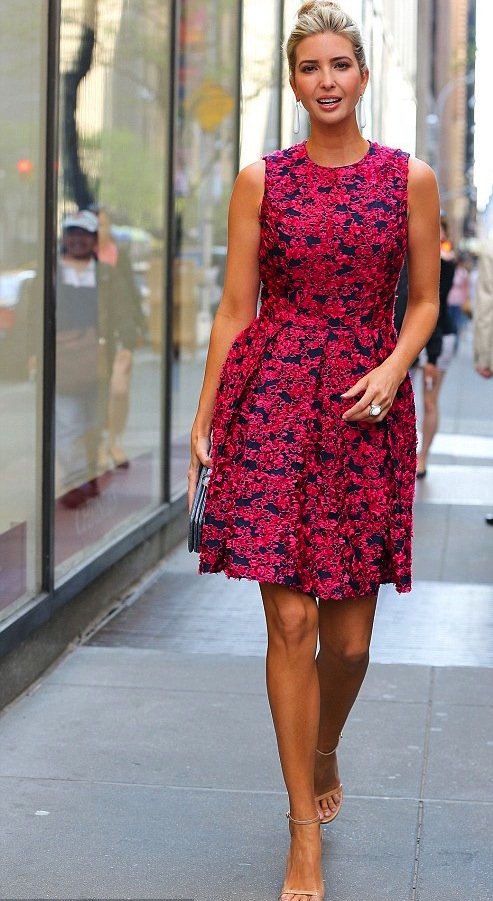