In a last minute switcheroo, the Hollywood Foreign Press Association (HFPA) announced the original menu that was finalized and presented last month consisting of main entrée Chilean sea bass to be served to guests at the 2020 Golden Globes awards ceremony taking place at the Beverly Hilton, has now been switched to a 3 course  100% plant-based vegan menu.

This last minute change which was announced January 2  before the January 5 broadcast of the ceremony will be the the first time ever, the food menu at the Golden Globes awards ceremony, hosted by Rickey Gervais, will be plant-based, including desert. According to AP, the Hollywood Foreign Press Association said Thursday that it wants the initiative to raise environmental awareness about food consumption and waste, as part of its sustainability efforts. A drastic last minute decision like this did not come without pushback especially with two weeks before the show and the hotel’s executive chef Matthew Morgan finalized menu to feed over 1,300 guests, but in the end, the positive message that it would send won over. 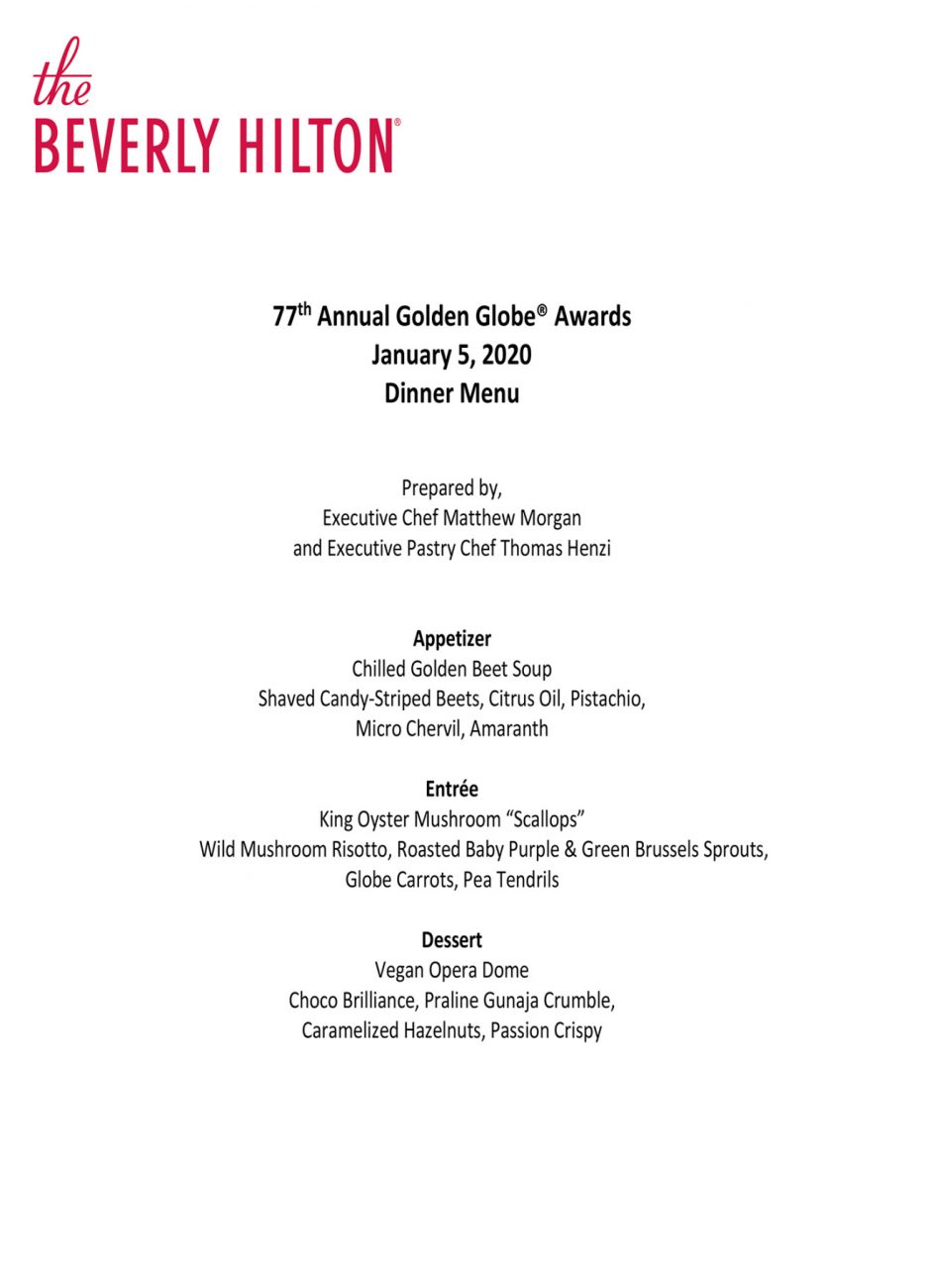 HFPA president Lorenzo Soria addressing the media on the last minute menu change stated, “If there’s a way we can, not change the world, but save the planet, maybe we can get the Golden Globes to send a signal and draw attention to the issue about climate change…The food we eat, the way we grow the food we eat, the way we dispose of the food is one of the large contributors to the climate crisis.”

Guests at the 77th annual Golden Globe Awards, honoring the best in film and television, will enjoy the plant based meals and the night’s festivities with Moët & Chandon champagne. On hand to present the drink options was Fashion designer LaQuan Smith who helped create the night’s signature drink, the Moët Golden Hour cocktail made with Moët & Chandon Imperial Brut champagne, Belvedere pink grapefruit vodka, fresh pineapple and garnished with a pineapple wedge sprinkled with smoked salt.